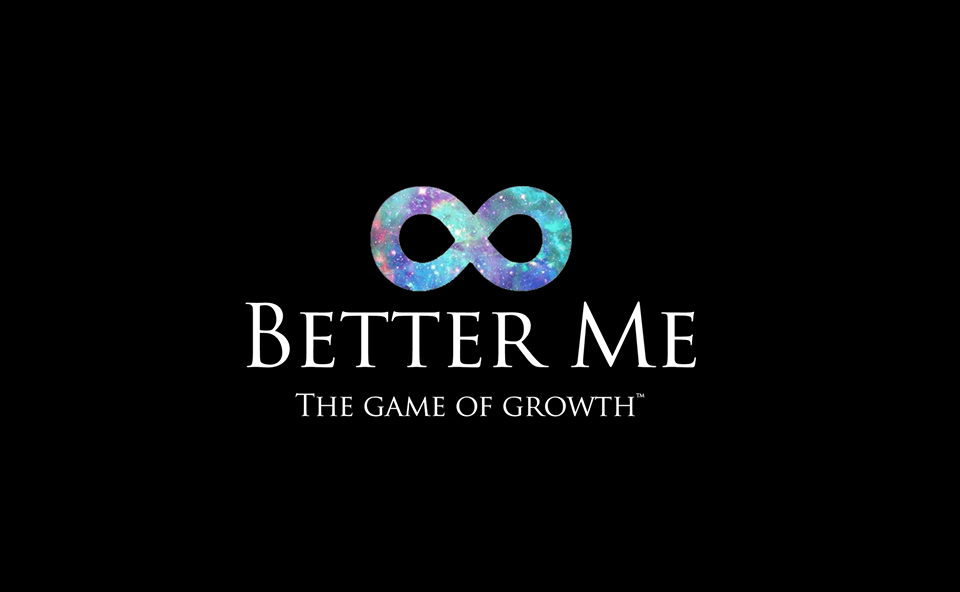 Better Me - The Game of Growth and Friendship™ - Print and Play

Print and play includes the full Better Me™ game, in pdf format you can print and play immediately!  You name your own price, even free if you like.  We just want this game out in the world helping people.

• Players are rewarded for committing to real world actions.

WHY PLAY BETTER ME™?

Better Me™ is totally new approach to relationships and personal development. It challenges people to take action to improve themselves and their life, and strengthens relationships by helping people understand each other in a deeper and more meaningful way.

The game brings up interesting topics that don't normally come up in daily conversation, allowing players to quickly learn about themselves and their fellow players. And all in an encouraging and fun atmosphere, with no pressure or judgment permitted. When was the last time you told a group of people about a past accomplishment that you're proud of, or had a game challenge you to write thank you letter to a loved one?

Better Me™ also harnesses the power of accountability. Any player committing to an action must find an accountability partner to help make sure they follow they follow through on their commitment. Both players write down the action to be taken, and the target completion date on their game sheet. This accountability strategy is key to insuring that players take action and grow.

Players move around the game board and draw cards which prompt all sorts of positive action and discussion. Players race to fulfill each of their five life areas, heart, mind, body, people and tangibles.

It's the new and engaging way to improve yourself and your relationships with friends, family, and coworkers, all while having fun!

WHO WILL YOU PLAY WITH?

WHERE WILL YOU PLAY?

THE STORY OF THE FIRST GAME OF BETTER ME™

After being an idea sitting in a google doc for years, Better Me™ suddenly sprang to life one night in the basement of a flea market (my home at the time) in Bellingham, Washington. I realized it was the best idea on my list, one that would help people around the world. So I ran upstairs to my office and grabbed a giant pad of graph paper and a handful of highlighters and colored markers. By the end of that night I had the game path, the card categories, and a basic idea of how the game would work.

Shortly after that, the first test game was played, with just myself and one close friend. In this very crude first game (we didn't even have physical game cards, we were just using the few cards I'd written in a google doc), it was obvious to both players that this was really something special.

As a result of that first game, I wrote an email to my dad, thanking him for being such an amazing dad. I told him that after becoming an adult, I had realized that not everyone was as lucky as I was, going on fishing trips, to baseball games, having him teach me to tie knots, use tools, etc. I listed all sorts of fond memories that I had of my dad while growing up, right down to all the flat bicycle tires he fixed for me after I rode through the blackberry bushes again, and how he had reassured me that there really were no crocodiles under my bed, or gorillas in my closet at night. He told me he loved the email and felt like he should print it out and frame it. Although I knew how great my dad was, I'm not sure if I ever would have told him like that, if it weren't for this game giving me a push. That one letter alone was worth the effort of creating this game.

My good friend, who played that first test game with me, made a commitment I'll never forget. She decided to sponsor an orphaned elephant at a wildlife trust in Kenya, and to do it in her kids' name for Christmas, which was only six weeks away. Here is an excerpt from her email to me soon after the game:

"I'm excited! I wanted this to be a Christmas present for the kids last year but didn't get around to it. Now that I'm accountable and it's fresh in my mind again, I'll make it happen!"

And my actual response: "Awesome, such a cool idea! I bet your kids will LOVE that. I fu$%ing love this game and the action it's making us take! Bam, Pow, Smack (Batman style)"

She wound up sponsoring an orphaned one year old female elephant named Kihari. She shared the links with me, including photos and updates on Kihari's daily life at the wildlife center, right down to details on her favorite playmates and what they enjoyed doing together. I'll never forget that first game.

Since then, there have been countless games played on at least 5 continents, leading to wonderful actions taken and friendships strengthened by playing the game. I have really come to believe 100% that this game will make a real positive impact on people around the world.

-Dan O'Donnell, creator of Better Me, the Game of Growth and Frienship™

WHAT ARE PEOPLE SAYING ABOUT BETTER ME™?

"This is one of the most unique board games I have played and it allowed me to get to know total strangers on a deep level in a matter of minutes." -Stephen Y, San Francisco, USA

"Just got this game and have played it with both friends and family. Learned more about family in 5 minutes than they have shared in 46 years! Makes communicating easy!" -Amazon Customer "Windsurfer", from Corpus Christi, Texas, USA

"I love playing the Better Me game. It has actually improved the quality of my life and helped to build new friendships and strengthen existing friendships. I have created new life goals and made personal commitments during Better Me games, and achieved them in big part due to the accountability partners who have agreed to mutually support and encourage each other during and after the game. Most of these friendships have continued to this day. If personal development and positive connection with others is important to you, then you need to be playing the Better Me game." -Amanda Brooks, Chiang Mai, Thailand

"It's great to enjoy and improve yourself simultaneously. Through playing this game, we gain insight, get inspired, remind ourselves of important points, bond, get motivated, laugh, get to know others below the superficial level, reflect, and grow. Even my 10-year-old daughter and 12-year-old son love it! If you like talking . . . but not small talk, this would definitely be something you'd enjoy."     -Amazon Customer "Texan Mom"

"It will keep you accountable for your tasks, goals and positive habits. No more procrastination! Will recommend this game to everyone who is interested in developing themselves.!" -Daniel Stegehuis, Nieuwegein, Holland

"When I first played Better Me, I wasn't sure what to expect. But within minutes I was having fun while learning a ton about both myself, my friends that I came with as well as others that I had just met. I would highly recommend playing Better Me if you are open-minded and want to surround yourself with positive, open-minded people as well as become a better version of you, while having fun!" -Johnny FD, San Francisco, CA, USA TravelLikeABossPodcast.com

"After a couple minutes in the game I thought; ‘Wow, this is actually the real deal’. People I never met before where telling amazing stories, sharing what they are thankful for and what they wish to accomplish. Really inspiring!" -Bart van Dam, Rotterdam, The Netherlands

"Better Me is the most memorable board game I have ever played and also the most enjoyable. There's no other game where you get to meet complete strangers in such an intimate way, get to know people you already know in a way you never have before, have freedom and a supportive atmosphere to talk about yourself and at the same time have lots of fun and laughs. It's really that good and you should play it as soon as you can." -Russell Smith, Chandler's Ford, England

"Better Me makes it super easy to get accountability partners, which are so essential for incorporating new, positive habits into your daily life... Playing Better Me is also lots of fun. It’s designed to help you to connect with your friends on a deeper level." -Lubo Jurik, Prievidza, Slovakia

"The game develops relationships, sustains the relationships through accountability and brings out the best in people. Love it!" -Alex S., Okinawa, Japan