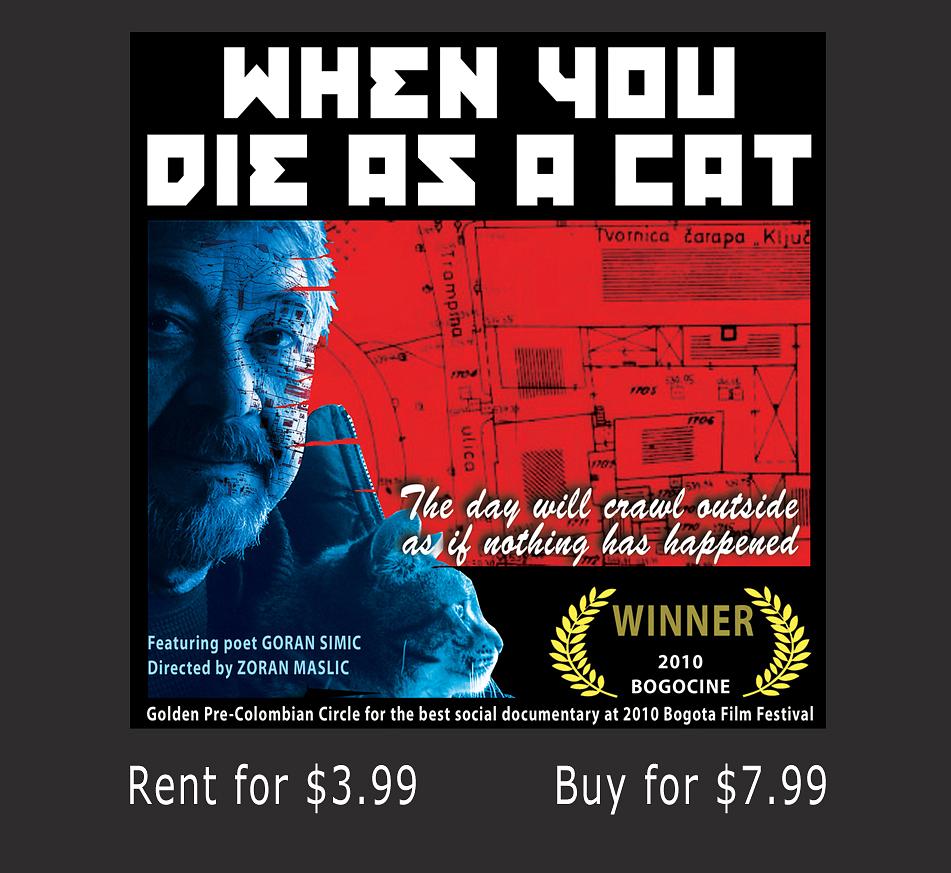 "WHEN YOU DIE AS A CAT" - English Version

Poet Goran Simić left his war-torn homeland to live in Canada. He already gained international recognition and he is accepted in his new country. But something is wrong. Life feels as if it is happening to someone else. And the past echoes so loudly that it covers all other sounds.

When You Die as a Cat examines the immigrant experience that is soaked in war trauma. Themes bleed into each other. Nothing is clear in this lament over history and homeland.