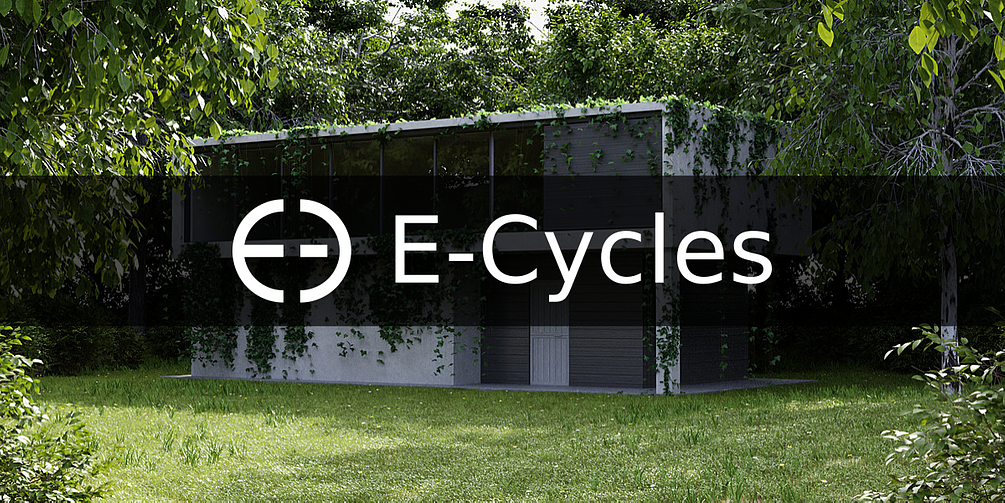 E-Cycles Membership offers access to the latest E-Cycles standard stable builds plus the latest test builds. It's available for both Windows and Linux. You can find the E-Cycles RTX membership here https://gumroad.com/l/E-Cycles-RTX-M

E-Cycles is a very optimized version of Cycles for Windows, Mac and Linux* (2.7x version here https://gum.co/SeYhy) using CUDA GPUs. It's 100% compatible with official Blender, you can just hit render and benefit from all the advantages. Render your scenes up to 15x faster and spare a lot of money with a much faster CUDA rendering, always using the latest and greatest Blender. With it you get support and weekly builds. The render time for the video above went from 5 minutes to 20seconds on a single 1080Ti. The tutorial is included. Users say it best:

- save a lot of time by rendering faster. The mean speedup for the path tracing phase is around 2x out of the box (you can render about 2x more frames in the same time). It can be up to 15x faster using quality presets. You can also use the extra speed to render with higher quality in the same time

- Render very clean preview images thanks to a new AI denoiser that gives great results on still images at 16 samples. Really helpful for quick feedback with your clients

- keep your hardware on a budget

- get more out of your current GPU

Alleyne Studio, you can see several screen recording of him using E-Cycles on his channel https://www.youtube.com/channel/UCKUhZgvE_RqZm9ImzKQ0RjA

Flavio Della Tommasa "Obviously in terms of performance I believe the data speak for themselves. On 8 images, 2h each, I lost a day of calculation. With E-Cycles, in just over 2 hours I solved everything." https://blenderartists.org/t/e-cycles-faster-cuda-rendering/1139717/116

"Impressive speed-ups", "support is good, all issues (specific to E-Cycles build) I have found and reported were quickly fixed" https://blenderartists.org/t/e-cycles-faster-cuda-rendering/1139717/79

"The Speedup is amazing" https://blenderartists.org/t/e-cycles-faster-cuda-rendering/1139717/60

On top of the weekly updates, there is one optimization or new feature per month planned (= 12 for 2019). Here is the changelog since January 2019 until now:

- much better memory management thanks to a patch by Stefan Werner

- Baking is now up to 20x faster by taking smart decision for optimal performance.

- Baking will require a bit less memory too.

My name is Mathieu, I work on Cycles since 2015 (my first patch here https://developer.blender.org/D1530) and already have several patches in official Blender. All the improvements from E-Cycles will be proposed to the Blender Foundation after a year.

If you render at least with a 90€ Cuda card supported by Blender on Windows or Linux, you get this build amortized immediately in most cases (it's often like adding a second card of the same price) and on the long run anyway due to the electricity you spare compared to rendering longer or rendering with more cards. The speedup is for CUDA GPUs during path tracing (when the tiles are drawing on your screen).

For AMD GPUs users, OpenCL is only around 20% faster at the moment and is still being worked on. CPU is like in official Blender. You can still benefit from the new AI denoiser on all platforms. You can see the AI denoiser compared to other ones here https://blenderartists.org/t/e-cycles-faster-rendering-for-cuda-gpus-and-better-ai-denoising/1139717/671?u=bliblubli and here https://blenderartists.org/t/e-cycles-faster-rendering-for-cuda-gpus-and-better-ai-denoising/1139717/503?u=bliblubli or a 7sec render of the BMW scene with AI denoising here https://blenderartists.org/t/e-cycles-faster-rendering-for-cuda-gpus-and-better-ai-denoising/1139717/575?u=bliblubli

Can I do only one or two month?

Yes, you stay as long as you want, you are free, and you continue to get updates for the month you have paid.

Do the build work after my Membership finished?

About the 2.8x version

Although an official 2.80 version was released, the 2.8x versions have more than 1600 known bugs at the time of writing (24th August 2019). Using this build has the same advantages (new features) and inconvenient (less stable and uses more memory than the 2.79 version) as the official blender 2.8x versions. The support offered with the builds is only for the E-Cycles part. Bugs found in the official version of Blender are to be reported to the Blender Foundation. If you prefer a stable and fast experience, with a huge add-on ecosystem, I recommend to use the 2.79x version of E-Cycles here https://gumroad.com/l/SeYhy. It also has some extra features for fast fly-through visualizations where only the camera moves, especially useful for archviz and product advertising.

Support is only for the E-Cycles parts. Bugs found in buildbots are to be reported to the Blender Foundation on developer.blender.org

Monthly memberships always have the latest weekly builds only. Stable releases are available in the yearly variant https://gumroad.com/l/tsTuV.

Scenes have to fit in the GPU memory for the speed-up to work properly. Since some months, Blender supports rendering scenes on GPU while using system memory to some extent. While E-Cycles allows this too, the speed of the system memory is too low and your GPU will just wait for datas to arrive. In most cases, scenes requiring more memory than available on the GPU should be rendered on CPU

due to a new bug in Blender on multi-gpu configurations, only the AI denoiser on 2.79x is officially supported when using multi-GPU configurations. If you want to use the AI denoiser on 2.8x with multiple GPUs, I keep a version of E-Cycles from 16th of May (v20190516) available, which doesn’t has the bug and thus is fast. The non-AI-denoiser is slower with multiple GPUs in all versions. It’s still faster than the official builds. Single GPU configurations work properly. A fix for the above-mentioned bug is being worked on.

E-Cycles produces higher quality samples (lower noise at same sample count). At comparable noise level, E-cycles is around 2x faster, but at low samples (under 64) you may have to tweak your sample count manually. Earlier version of E-Cycles had automatic sample count for such case, but it was decided after feedback from users to let the user decide if they want a cleaner render or a faster one in this rare case.

While many user report good times with CPU+GPU on E-Cycles, only CUDA GPU rendering is officially supported.

- NVidia Geforce 700 (any card supporting sm_30 which was released in 2013 or more). Latest RTX Cards are supported.

*The Linux version of Blender is faster as the Windows one in official builds. For E-Cycles, all systems have about the same speed. So the speedup may be relatively smaller on Linux by about 10-20%. It means the mean speedup should be around 1.7x time instead of 2x.

View in Library Manage membership
Sorry, this item is not available in your location.
Sold out, please go back and pick another option.

Your subscription was successful!