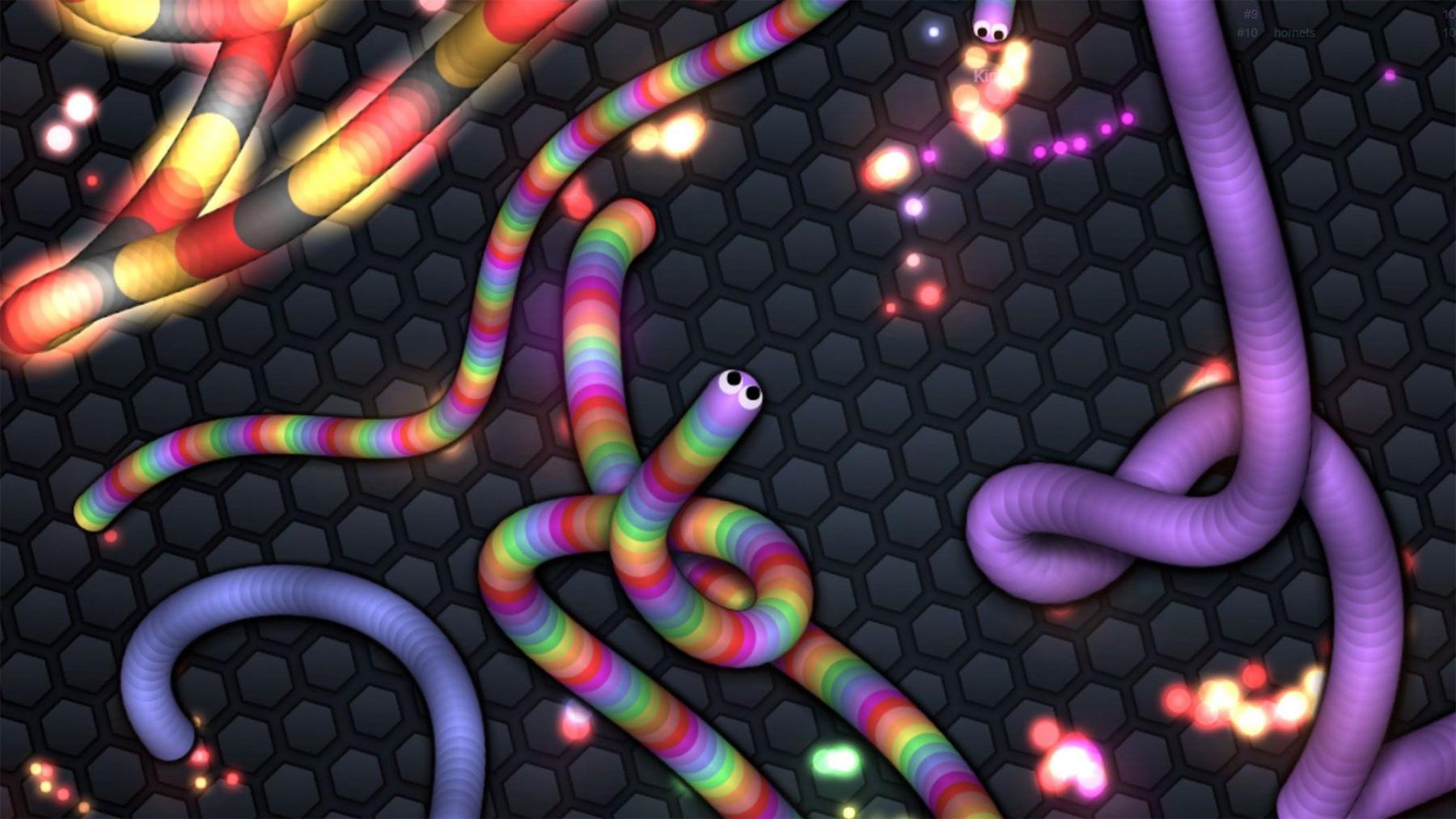 If you’re someone who grew up playing one of the most popular mobile games during the 90s and early 2000s, Snake, then you will enjoy playing Slither.io. It’s an action game that is very much similar to the old Snake game. Like in the old game, you will need to eat to grow big and long. Ang the goal is to become as big and as long as possible.

But unlike in the old Snake game, this one won’t have any borders. You won’t be playing alone as well as the map will be full of other players. All of them will have the same goal as you, trying to eat and grow as big as possible. But you have to be careful in hitting other players since this will cause you to die.

Similarly, if they hit you, they will die. So the goal is to avoid hitting them but try and trap them into hitting you. Once a player dies, everything he ate will be left behind, allowing you to quickly grow. This will allow you to have a chance to kill other players, even if you are tiny and just starting out.

-It has a multiplayer mode, where you can play against other people from all over the world.

-It offers many different skins to change the appearance of your worm.

-You can choose to create and customize your own skin to give your worm a personal touch.

-There’s also a button on the screen to allow you to speed up your worm.