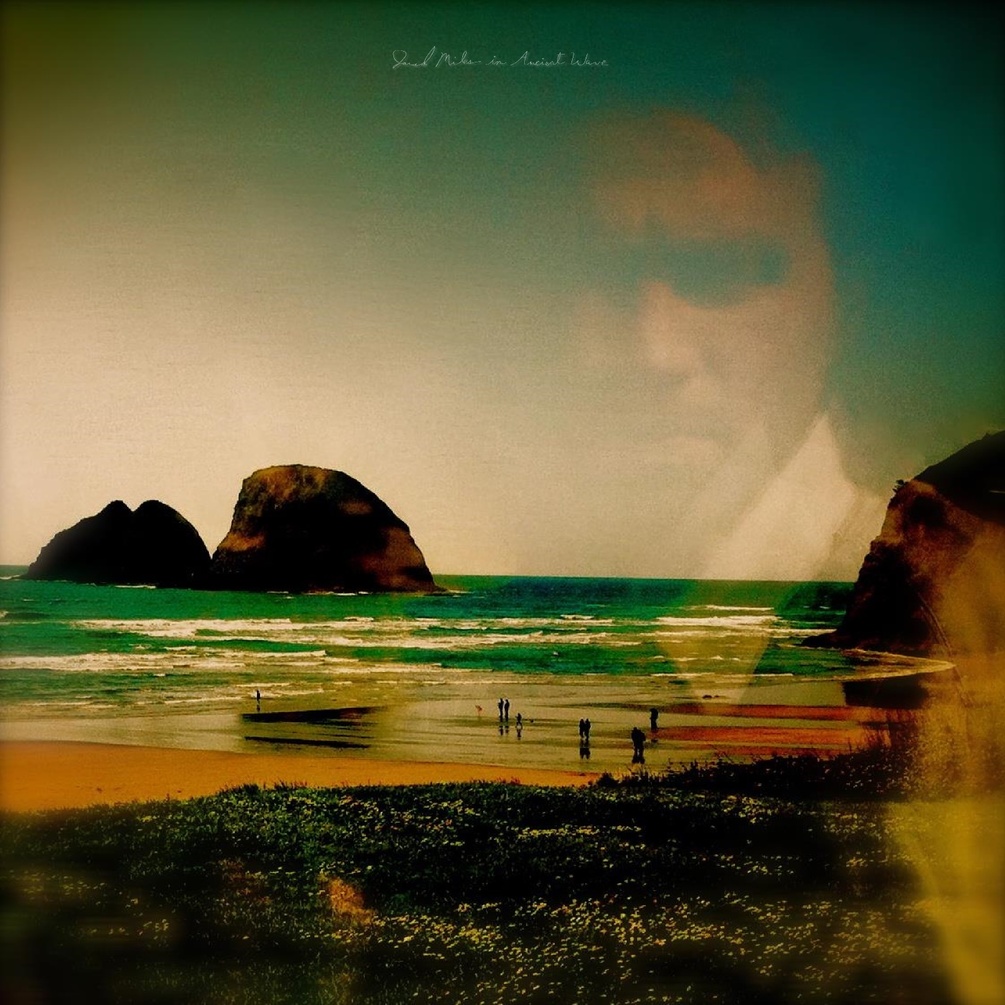 By Jarad Miles In Ancient Wave

Jarad Miles In Ancient Wave is a 2014 concept album by American indie songwriter Jarad Miles. It is his second full-length studio album, and features songs referencing the birth of his daughter, and the death of his grandfather, reincarnation and redemption.

The entire JMIAW album is an allegory. Symbols such as the ancient wave, the blue balloon, and the blackest cloud and many others convey an abstract, if not spiritual, meaning below the surface. In the album's title-track, Miles dreams of an ancient wave that comes to sweep him away. He associates the wave with fate or perhaps his disbelief in free will. The wave comes to represent a harmonization of opposing forces in nature- creation and destruction, life and death.

The blue balloon represents his daughter and the ideal of youth and optimism. It symbolizes the fragility and impermeability of youth and life itself. In the sixth track Away Away we get our first direct reference to the blue balloon when he sings, "Lift me my blue balloon the sky has turned gray/ Out over these buildings we'll rise through the haze". The balloon seems to offer redemption to Miles and bring out his best: courage, strength, and wonder.

The blackest cloud is a symbol of fear and its destructive nature. In the song Blackest Cloud Miles sings, "Fear like a fog like a veil drops it's hanging over you/ It has no weight it won't fall you got to yank it down." Where the album serves as an ideal opponent for Miles to transcend fear, the cloud is portrayed as walls "... Built in layers around you/ they don't bend they just break when they shake/ when the wind comes..." The wind comes to represent truth and life as does the sun (more literally) in the closing lyrics, "It get's so dark you gotta let the light in/ Come on let the light in/ Let the light in/ Oh please don't stay under the blackest cloud".

Miles recorded and produced the album at Type Foundry in Portland, Oregon using a combination of organic and electronic instruments between early 2012 and 2013. The artwork and lyrics explore themes of family life, spiritual transcendence and mortality. A music documentary featuring Miles by Norwegian director Carsten Aniksdal is expected out in mid-2014.

Thanks for your support.