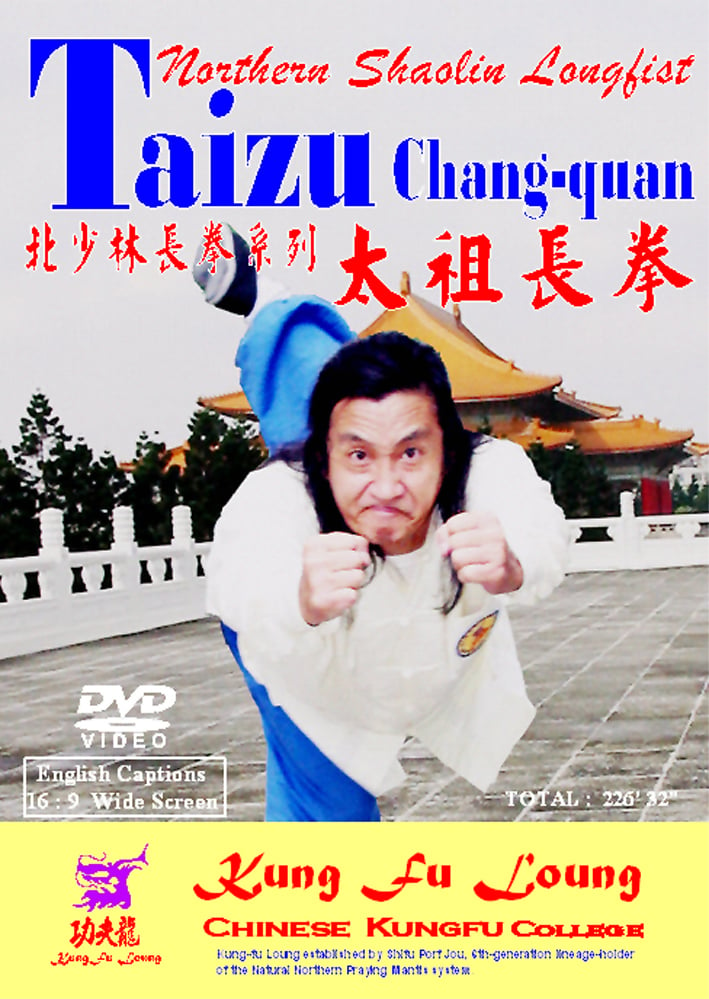 The ten-thousand laws can be reduced to one. All schools can be traced back to Shaolin. The styles of Shaolin have long held a place of leadership among Chinese martial styles. Among various northern Chinese martial art forms, there is a renowned category known as Northern Longfist. However, whether it is Plum Flower Longfist, Islamic Longfist or Taizu Longfist, though they are each their own independent styles, when you closely analyze their various principles and techniques they still do not stray from their Shaolin roots. Thus, in the Chinese martial arts world, they are all known as part of the Shaolin martial system.

Taizu Longfist has always been honored as “the mother of Northern Longfist”. Its force is quick and agile and its energy is fierce and swift. It is a style based on ancient methods. The training of Taizu Longfist is designed to allow you to make gradual progress in a specific order. Each form focuses on different aspects, creating a special curriculum that includes physical conditioning and a wide range of combat techniques. It is an ancient style with a complete and clearly structured method of training.

The first form of Taizu Longfist is called “Chang”, as in “the form you should practice often.” It is a form we should value highly as vital training of the fundamentals. The entire form consists of swift entering and retreat, far-reaching attacks, and a strong contrast between rising and crouching. It keeps the enemy guessing and is strongly representative of the bold character of northern Chinese martial arts. It is excellent fundamental training of kicking, footwork and body mechanics, and, at the same time, is an excellent form for practical combat application.