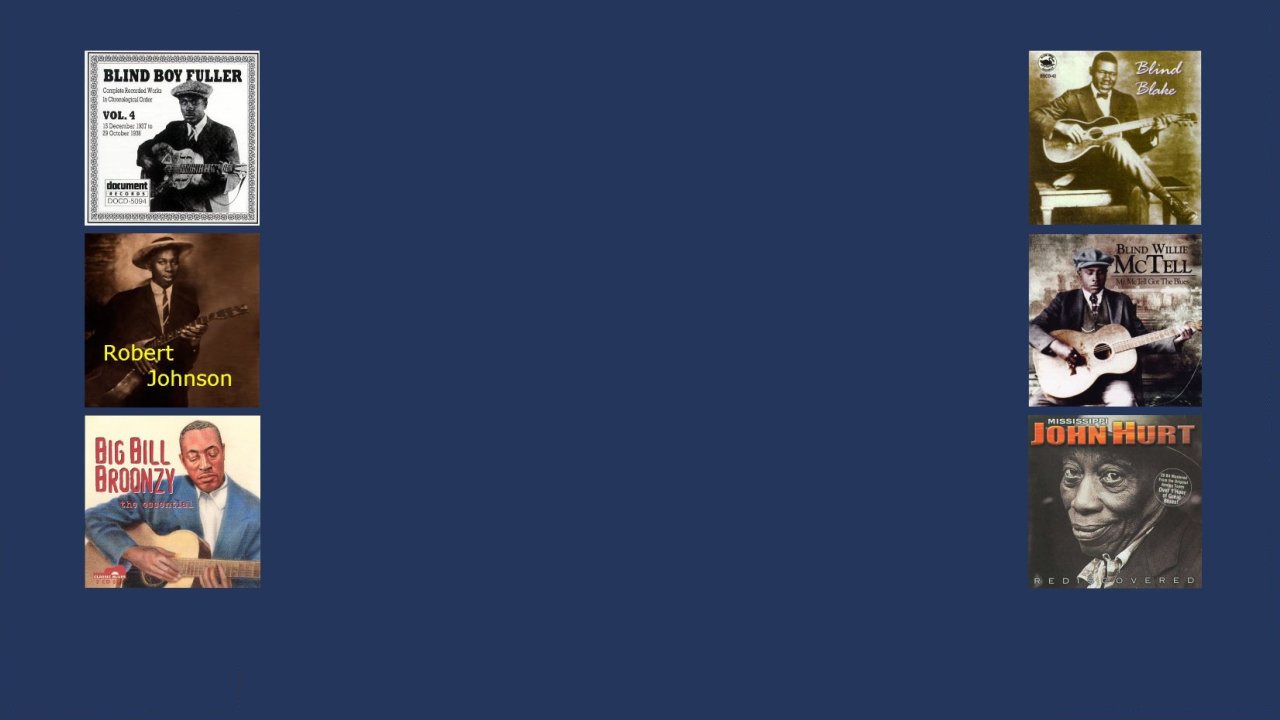 The keyword here is variety - Blackwell was the musical partner of Leroy Carr, and his musical abilities were no-doubt stretched by accompanying the blues piano player. The piano is much more complex with a bigger range, challenging for a guitar player to deliver the same rich variety.

Reverend Gary Davis was the undisputed King of blues fingerpicking. Any style was at his command, but he preferred to play Gospel in his later years. Death Don't Have No Mercy is a dark piece starkly explaining the painful truth for all of us - Death is coming and you'd better get ready chil'en! It's played in regular tuning with plenty of simple but doleful minor chords. The fingerpicking detail is slow, so it's a great song to get into the Reverend's playing style.

From the ragtime and gospel king to the Delta Blues King, Robert Johnson. I chose a bottleneck tune for this example of Johnson's work. As with many of his songs, it isn't particularly complex, but emotional intensity is what we're trying to capture in copying Johnson's style. Open G is a wonderful tuning for bottleneck and this slow-pace thriller will take you back to the roots of the blues.

Watch Over Me by Guy Davis is one of those songs that stands alone. Guy is one of those rare blues men who create modern blues songs that sound old and authentic. It's in regular tuning with the capo high on the fretboard. Not only does this suit most voices, but it gives it a feel very different from when it's played lower down the neck.

The last song in this pack is How Long Blues by Leroy Carr. It's a great piece to play around with and it was a staple part of my repertoire. It's a simple chord structure and leaves plenty of room for improvisation.