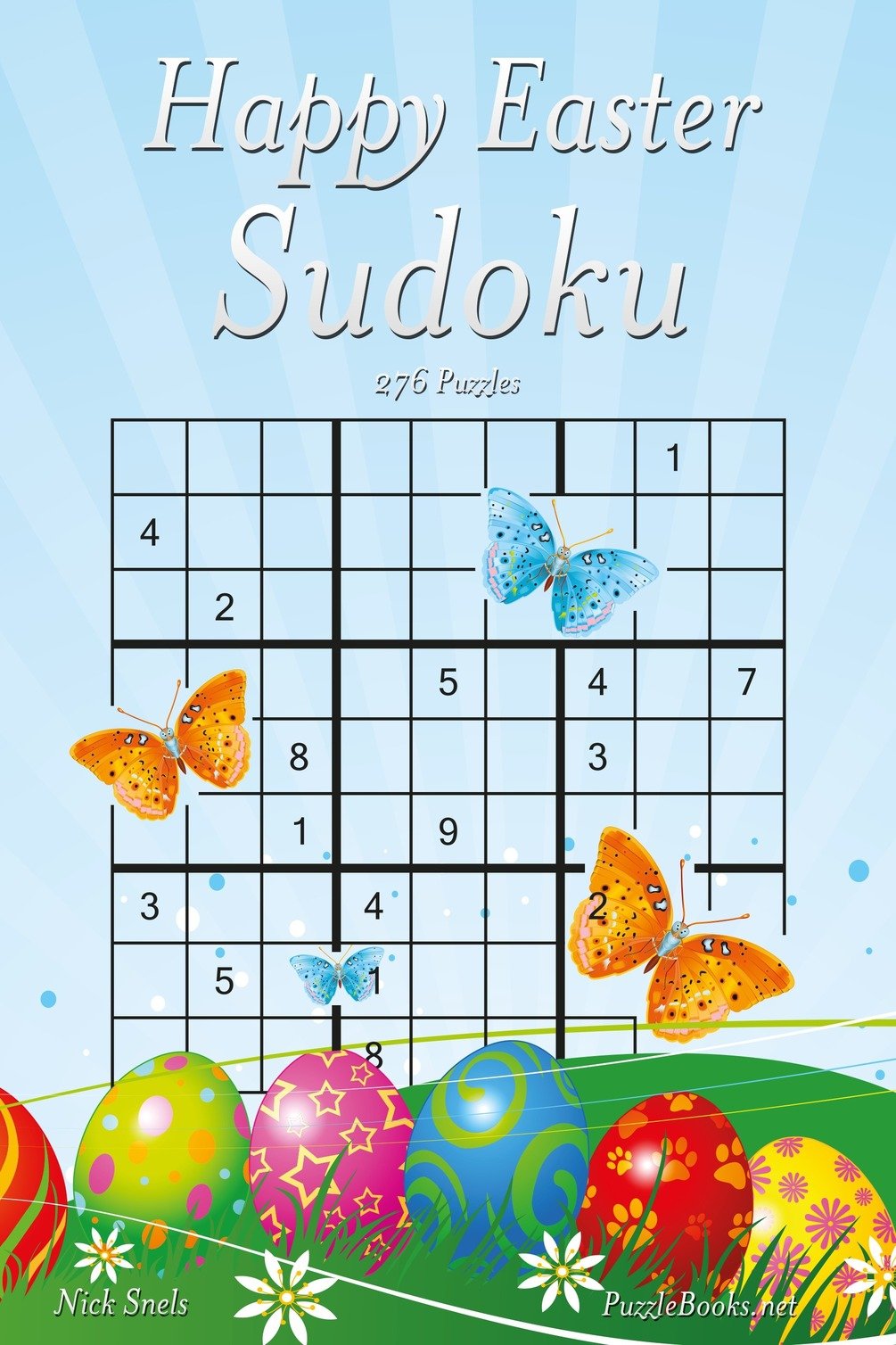 Sudoku is a fun and addicting logic puzzle game. This book is ideal if you are a Sudoku expert. More than 200 Sudoku puzzles with only 17 clues. In a Sudoku puzzle seventeen clues or givens is the minimum amount of numbers to have a valid, unique and solvable Sudoku. Are you smart enough to solve all the Sudoku puzzles in this book?

Happy Easter Sudoku is a collection of 276 puzzles:

I guarantee that every logic puzzle in this Sudoku puzzle book has been carefully checked to ensure that each puzzle has only 1 solution.