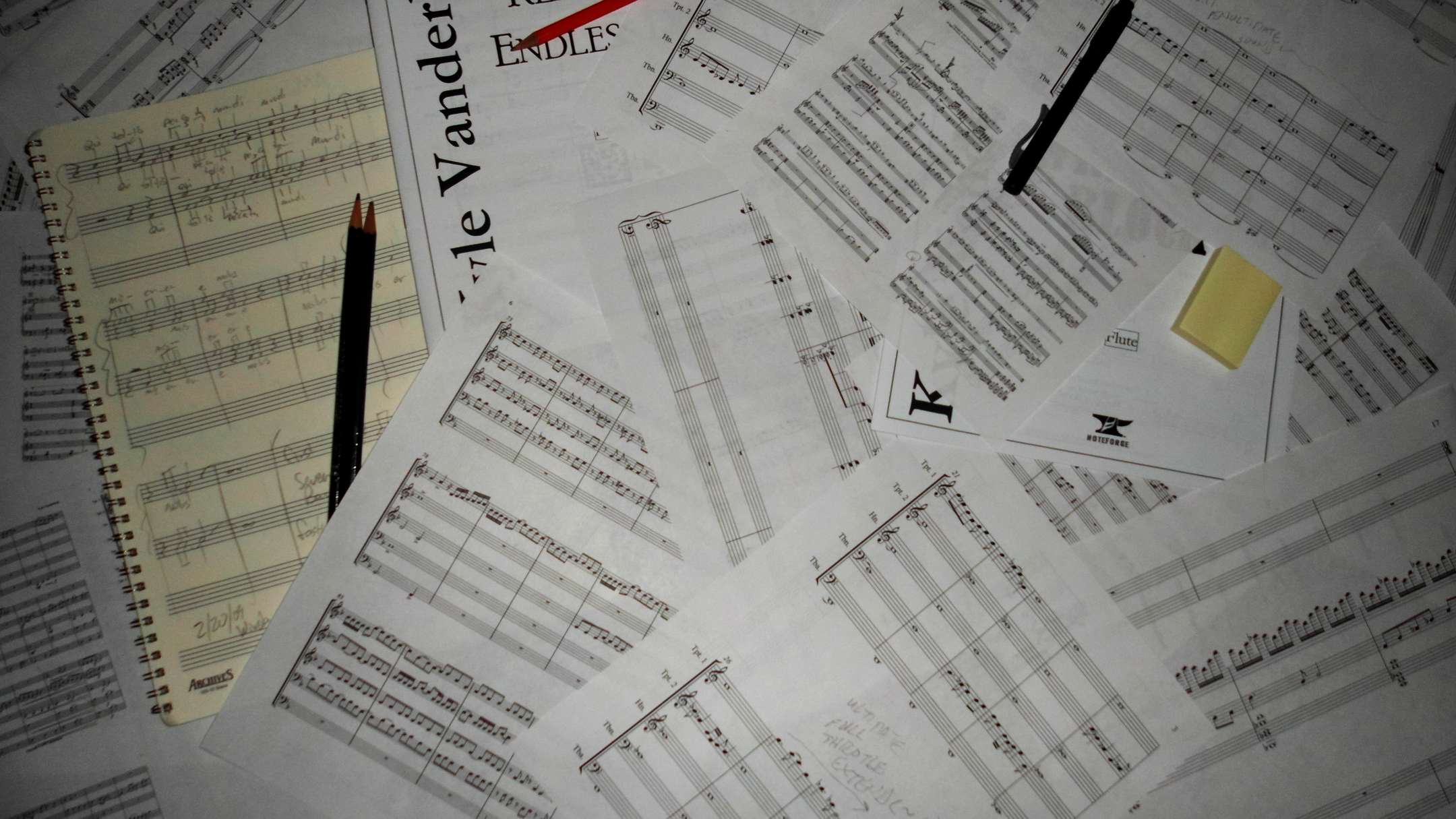 I spent New Year's Eve 2018 in Nye, Montana, visiting family and friends. One of those friends is an imaging specialist who regaled us with an explanation of his most recent project, which he described as "calibrating the moon". Specifically, he was talking about the NASA ARCSTONE mission to calibrate the moon's reflectance to use as an accurate reference, primarily in climate science. The idea is that we have all this data about global warming and atmospheric changes, and a lot of that data uses the brightness of the moon as a control variable, but we don't actually have a precise definition of how bright the moon is. Ever since I was a part of that conversation, I knew that I wanted "calibrating the moon" as a title, and everything that came after that plays with the idea of moon themes or of doing big impossible-sounding things. When Connor Challey approached me about writing for tuba, Calibrating the Moon was an obvious choice.

The work opens with Syzygy, a term describing the straight line between the sun, moon, and Earth that occurs every new and full moon. The movement starts dark and brooding, moves to an energetic middle section, and returns to being mysterious, kind of like a lunar cycle. Fun fact: This movement's theme is actually a tuba setting of the phrase "Calibrating the moon."

The Second movement, Spectral Reflectance, is slow and shiny. NDSU was fortunate to have portfolio tubist (and Connor's mentor) Sam Pilafian as a visiting guest artist for several years, and I finished Syzygy around the time of his passing. I spent a lot of time thinking about Sam while putting the second movement together, and I quoted a couple of his favorite tuba concerti.

The work ends with Libration. If you were to watch a time-lapse video of a lunar cycle, you'd notice that the moon not only transitions from new to full to new, but also sort of oscillates or wags. That's Libration. The movement is likewise off-kilter, playing with the listener's sense of time through alternating time signatures.