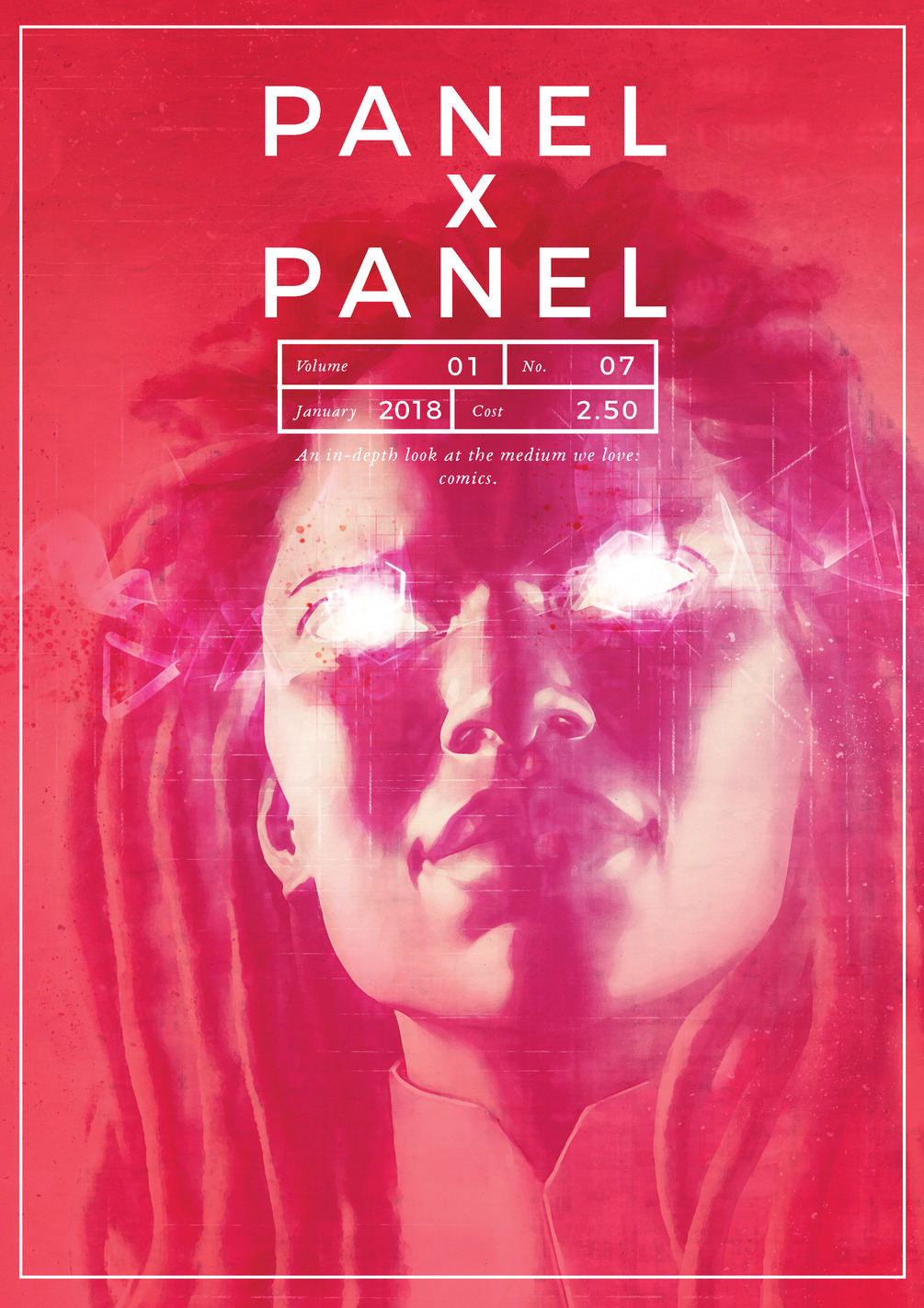 PanelxPanel is a new digital magazine celebrating the medium of comics. It’s edited by Strip Panel Naked host Hass Otsmane-Elhaou, and features a rotating set of writers ranging from critics to professionals, fans and comic stores.

Each issue has two halves across it's 80+ ad-free pages. The first, a focus on a particular comic and featuring a series of essays, interviews, process pieces and an exclusive Strip Panel Naked column all focused around that comic. The seventh issue covers Valiant’s Secret Weapons, by Eric Heisserer, Raul Allen and Patricia Martin.

The second half features regular articles, interviews, craft essays, a comic, and a series of comic recommendations from a range of comic-related voices.

This is a true celebration of the medium with every issue, looking at all the elements that make comics an interesting art form and great place to tell visual stories. This is a magazine that cares about comics.

This seventh issue features an interview with Heisserer, Allen and Martin on their work, as well as a series of in-depth articles about the comic. Including a process piece from Heisserer on crafting the unique storytelling approach to Secret Weapons #0, and a piece by Allen and Martin on their collaborative approach to making comics. There's also an exclusive Strip Panel Naked on it's storytelling approach, and other features on theme and story.

Of course, the usual bunch of recommendations from writers, artists, fans, critics and shops as to what they've been enjoying this month.