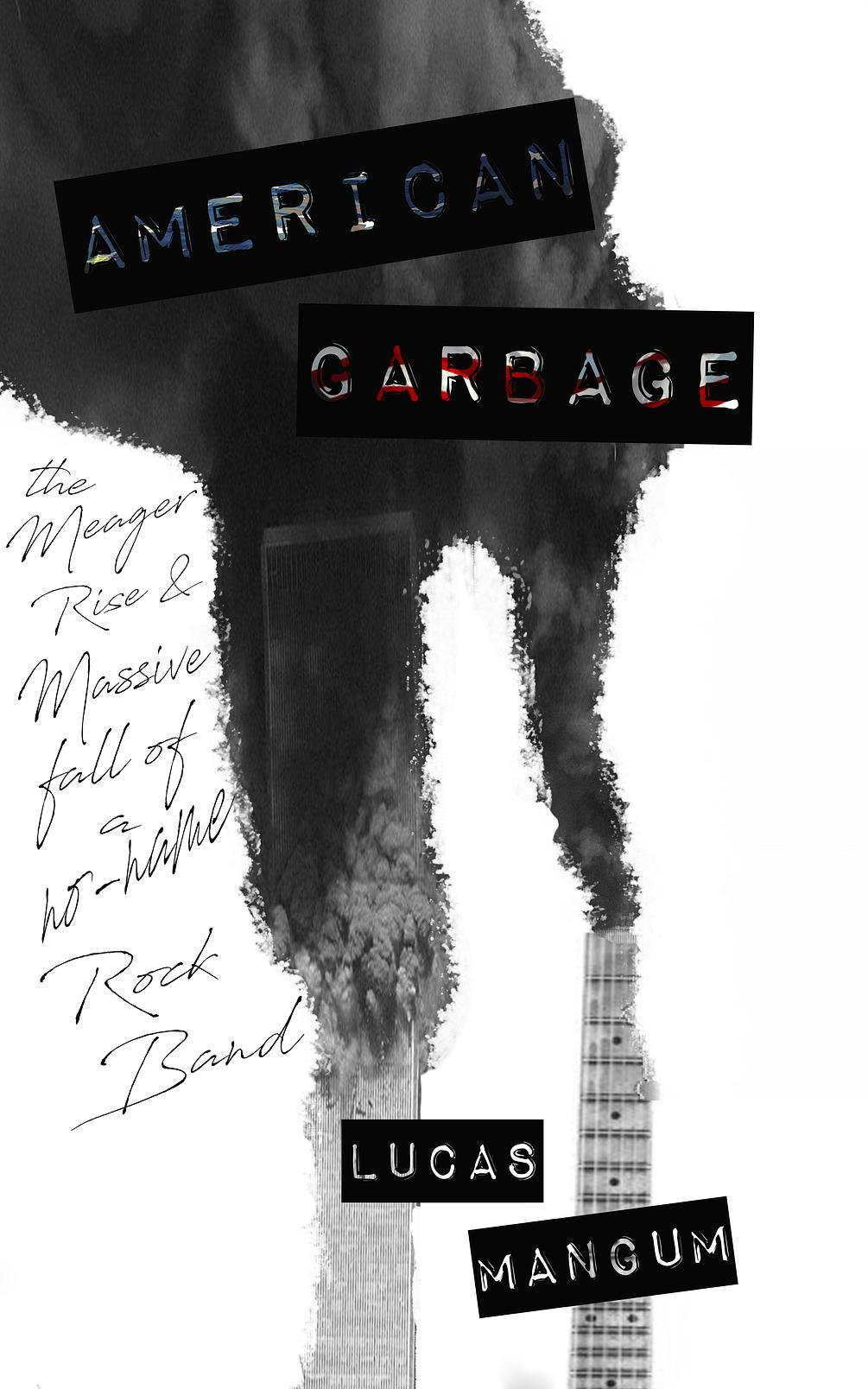 Featuring a cover by Kelby Losack, American Garbage is my first coming of age novel. Its 138 pages follow a young adult in a band of burnouts he’s trying to hold together while navigating his own mental illness and tumultuous intimate relationships during the early years of the War on Terror. Buying it gets you a signed, limited edition paperback and a DRM-free PDF which should work on your favorite e-reader.

Jonathan had already been tripping all day and had begun to plateau. Mike was starting to peak. I was dead sober and fucking miserable. Neither of my guitarists could figure out what to play. Jonathan would play a riff and Mike would just stand there with a slack-jawed expression. Jonathan would stop and mean-mug Mike. Mike would play his own riff and Jonathan would try to follow along, but with the peak of the trip coming on, Mike could hardly focus long enough to play in the same key, the same time signature, the same scale for more than a few seconds. Jim on drums was happy to be there, laughing at every false start. That was easy for him to do as he’d be going off to college at the end of the summer. Jamming with us was just his way of killing time until then. Dean on bass just sat there, smoking cigarettes and watching. He had almost no training whatsoever but was pretty good at following instructions and could play anything we tabbed out for him later. It just didn’t give him much to do when it was time to write new material. After the fourth or fifth false start, Mike set down his guitar and headed for the studio door. He had his hands up to his ears and the sweat glistened on the back of his bald head.

“He gonna be okay?” I asked Jonathan.

I was losing control.