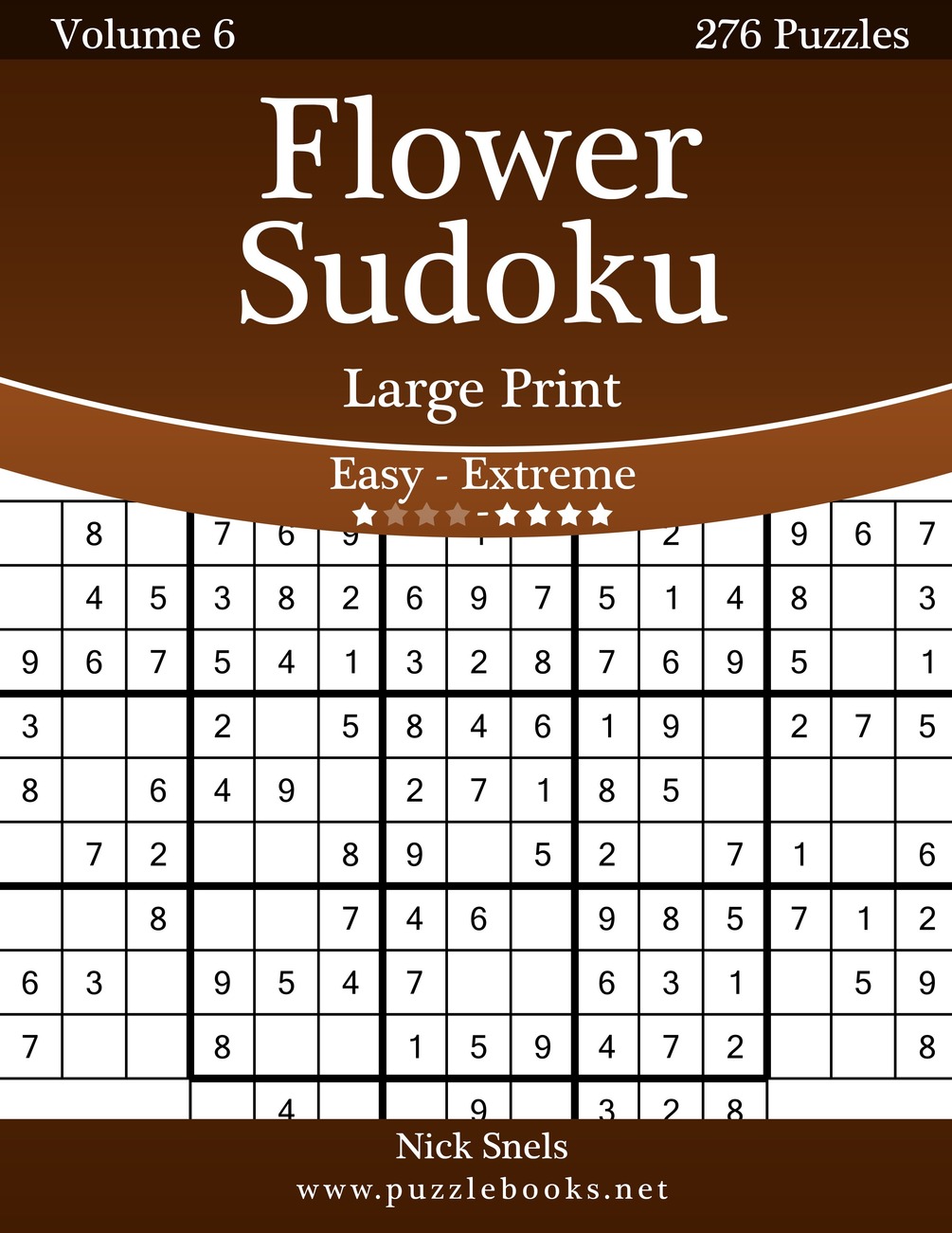 Only 1 large print puzzle per page, with lots of white space for scribbling.

Flower Sudoku Large Print - Easy to Extreme is a collection of 276 puzzles:

I guarantee that every logic puzzle in this Flower Sudoku puzzle book has been carefully checked to ensure that each puzzle has only 1 solution.