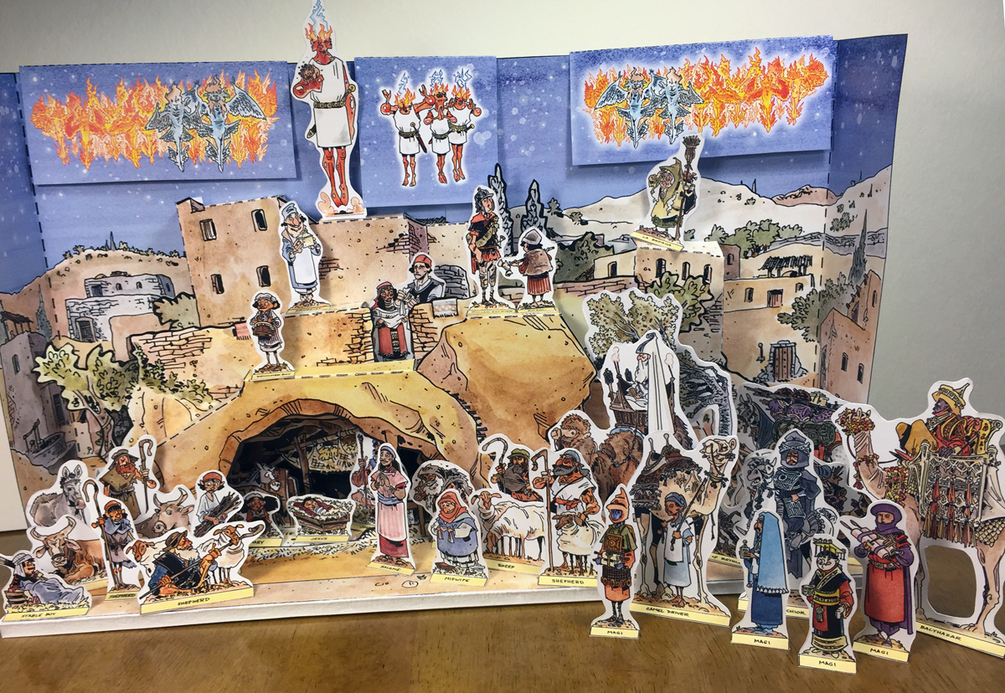 This is a print file for a three-dimensional Christmas crèche and more than thirty figures.

Print on card stock, the heavier the better. You can print at home or you can take the file to your nearest print or office supply store and have them print it (I would recommend this latter option, because laser ink doesn’t smear when handled as easily as inkjet). There are two print sizes: letter (8.5x11”) and tabloid (11x17”). Tabloid requires fewer assembly steps, but since some folks are likely to want to print at home and may not have access to a large-format printer I wanted to make sure that there were options to fit everyone’s needs.

ruler or other straight edge

Over the month of December 2015, I’ll be doing a write-up about one character each day on my website (croganadventures.blogspot.com) and on social media (@schweizercomics). At our house, we’ll be using the set like an advent calendar with my daughter, introducing one new figure each day. If you’d like to do the same, I welcome you to use these write-ups as your guide for which characters to introduce in which order, with the write-up to give context.

Margins are built in, so there’s no need to scale the files to print them.

The tabloid-size file is a compressed folder containing a three-page pdf and a single letter-sized page containing assembly instructions and backings for the figures.