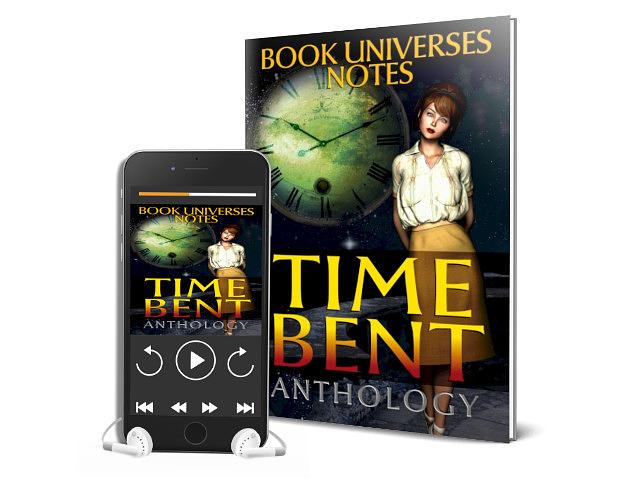 You might as well try to assemble a complicated toy or furniture kit with no instructions.

That's why we put this set of notes together for you.

This guide is to bring some clarity to probably the most complicated set of books written by S. H. Marpel to date.

Reason? Time-benders live in non-linear time. So they can go solve something while you're talking to them and refer to it now in the past tense - just a few sentences later.

In general, they respect your own future enough to not tell you what might happen for you. But their own "past" might not have happened yet.

Confused yet? It could get worse.

That's why this Book Universes Notes was rushed into being, ahead of the Anthology itself being published.

Of course, that doesn't make the most sense, but we are talking about time-benders here - since it's best to enjoy reading the three books first, then study these notes, and then re-study the three books.

So we wanted to ensure you had a reading guide before you had the books themselves - just to make sure you could fall back to an explanation for what happens in those books.

Stll, don't expect you have to agree with the Editor who tries to explain.

As usual, there are strange secrets hidden in plain sight through the three books and this guide as well. So be sure you get the bonuses inside to get the greatest meaning and understanding of all these.

All available on your smartphone.

Excerpt from the Book Universes Notes:

When you get inside a time-bender's mind, you see just how disjointed her world is - and why time itself seems to haunt her.

Things “fix” themselves in our “real” time in ways that don't make sense to us. Because we don’t or can’t see the time and effort that caused those fixes. Those changes occurred outside of this single linear time we live in.

It's confusing unless you're prepared for having your reality warped without explanation.

This collection started just to examine the idea of time being pliable, not rigid as we usually think it is. And because we throw out the basic “law” of most time-travel fiction, it really enables us to examine life itself in a new way. These parables do bring up

Perfect fuel for some fiction stories.

And that's where we give this warning: before you go through this set of notes, it’s advised to read all three books in this collection. Not just because these notes have plot spoilers in it, but because this set of Book Universe Notes was created just so you can go back and re-read those books and understand them better. (Of course, you might also want to get the referenced books, or refresh your understanding of them if you already have them on your smartphone or ereader.)

The time-bending paradigm is what makes this book series a bit difficult to follow. The main character for this series, a "plain Jane" type of girl named Carol, even has a conversation about this between her and John Earl Stark, the mystery author:

"Thanks again, John. I'm sorry this has been such a disjointed book for you to write."
"I think my readers will forgive this one."
"Maybe in hindsight. Too many Easter Eggs and obscure references in it, I'm afraid."
"That's why there are lists of my other books in the backs of them."

What Stark really implied was that someone needs to write a guide for the average person picking up this book. Because it touches on almost everything in the complex Marpel Book Universe, and others as well. When “Time Bent” was released, there were already 62 earlier Marpel books by then, including the co-authored editions.

But it was Carol’s time-twisted grammar and name-dropping that brought this all to a head...

Scroll Up and Get Your Copy Now.