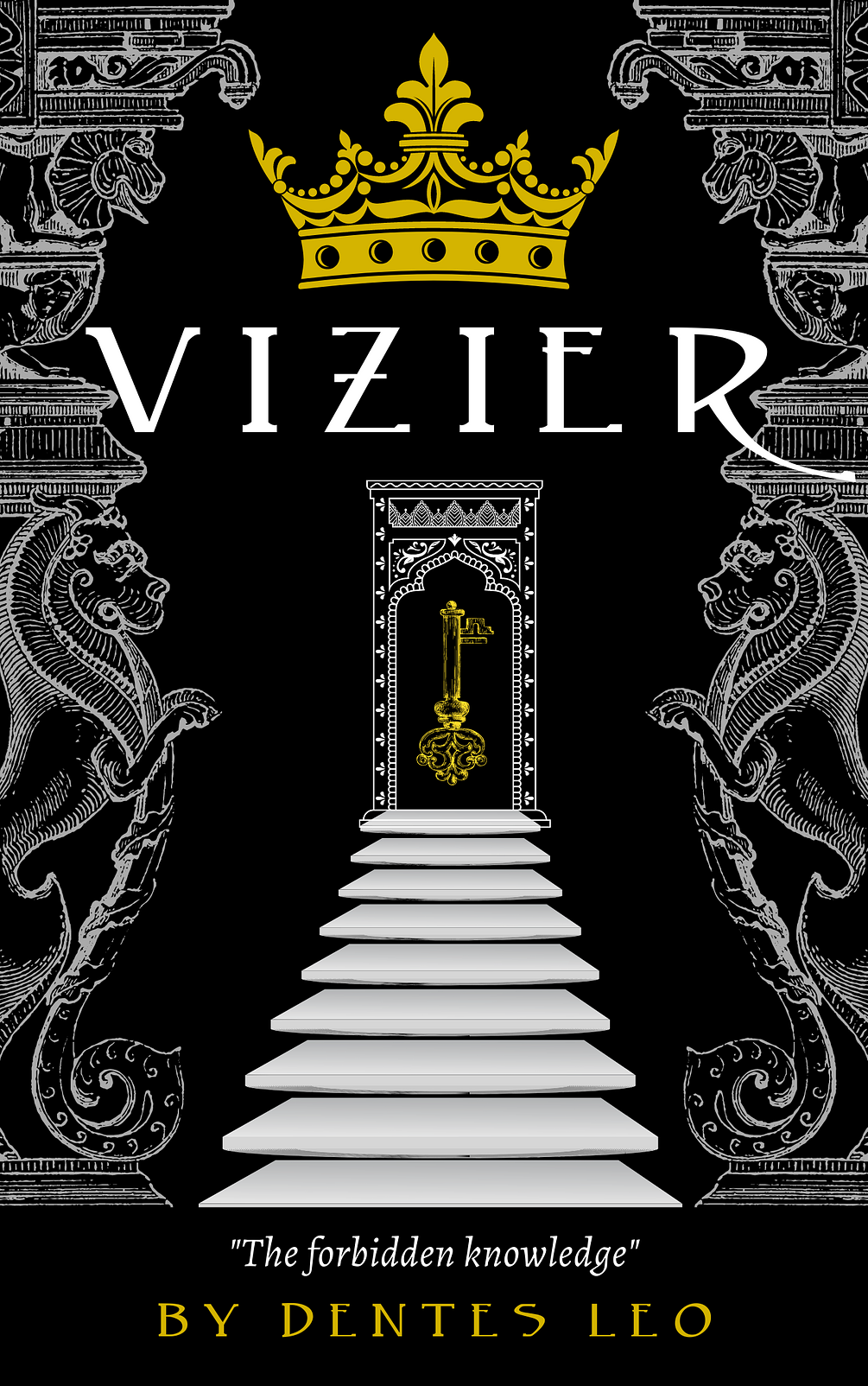 Know what your business competition, affaire de coeur' rivals and straight-up enemies will do - even before they know it - with the power of Vizier on your side.

I am the book they were glad you didn't have

when they stepped on you.

I am the book they hope you don't get

so they can step on you again.

Shatter their schemes and uncover the forbidden teachings dictators, secret societies and religious leaders have been abusing throughout history to rise up

in power or crush down upon enemies...

All while continuously getting away with it.

Within my pages, you will find:

from your targets (both men and women).

How to see right through others & their wicked plannings against you -

based on the ploys of sociopathic fraudsters (including Charles Ponzi,Victor Lustig and Bernie Madoff).

Little-known ways of adjusting your influence strategy to people's 3

thinking models (and how to know which model your target is using).

willingly do your bidding (even if you're not a woman).

sure you won't fall prey to but leverage them when noticed in others.

The better 'everyday' method for becoming a master of influence - that

(and suddenly vulnerable) face of your opponents.

8 Dirty Techniques to influence people's desires & learn their existing ones

(even if they're self-consciously hiding them or maliciously lying to you).

**PLUS**:Setting yourself apart from average colleagues and gullible ones so you can ascend the corporate ladder or make it to the most cut-throat business groups (presented on the actionable "real-life" example).

I am not yet another book you can study lightly, for I am filled with information

that can be fatal if used incorrectly. So you best read & apply my lessons

Young Lord, I will give you the power to win.

I will not let you wallow in mediocrity and feel the weight of failure and frustration growing heavier with each missed opportunity or failed attempt.

I will help you ascend the ladder of power by acquiring the skills of manipulation, persuasion & control... just as I've already done for dozens of others.

For I am Vizier - Your forbidden ally & guide to social domination

View in Library
Sorry, this item is not available in your location.
Sold out, please go back and pick another option.
26
5.0