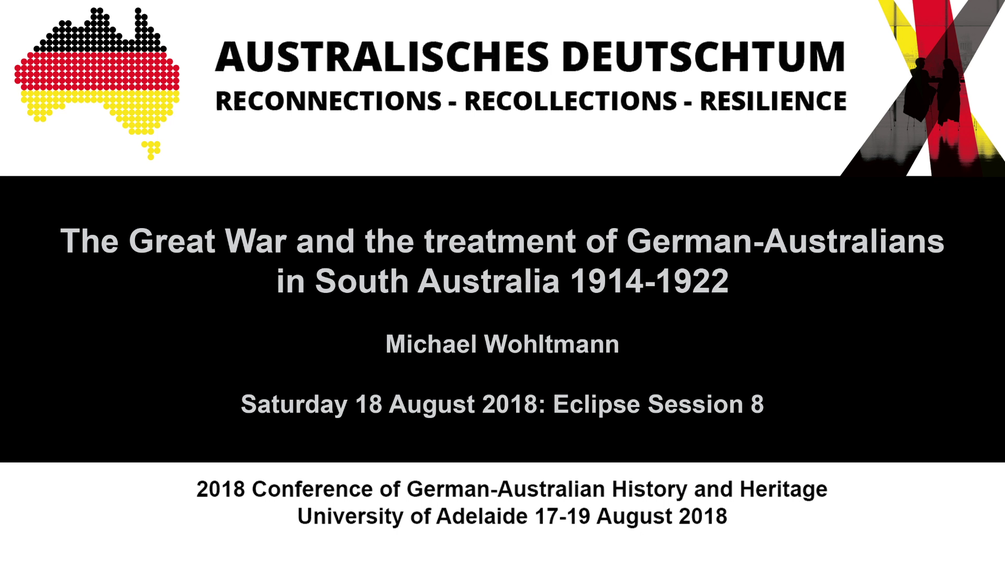 Video of the presentation by Mike Wohltmann from the 2018 German-Australian History and Heritage Conference in Adelaide.

This talk will focus on the phenomenon of internment and Enemy Aliens and the impact on the German-Australian community in South Australia. It will also examine the post-war period and the concept of internment as a global feature of the Great War.