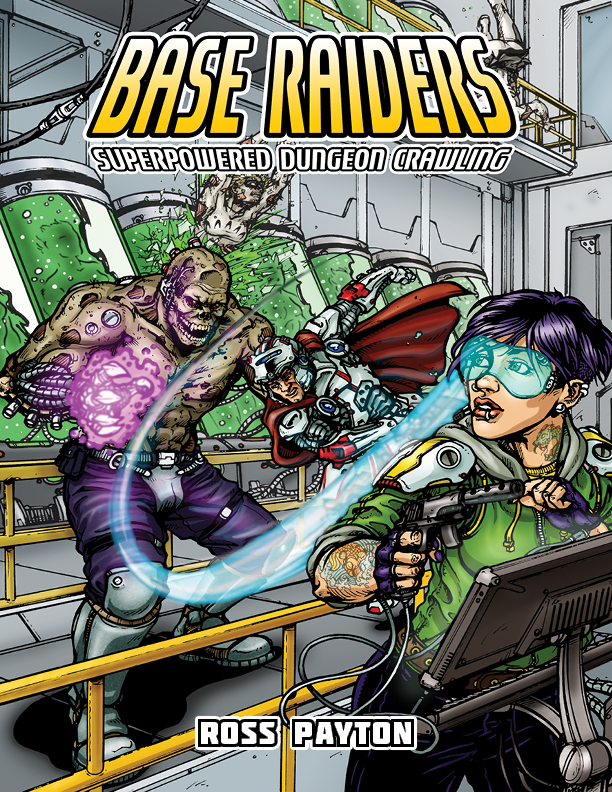 Base Raiders (Print and PDF combo)

Every superhero and villain disappeared a year ago. Some of their secret labs, headquarters, and lairs were found, but many more remain hidden. Treasures, unique artifacts, and secret knowledge can be found in the bases, prizes worth risking death from the traps and guardians left behind. A new class of ‘base raiders’ emerged to find and loot the abandoned bases. The secrets of gaining superpowers spread when base raiders sold, traded, or gave away what they found. Now, anyone brave or foolish enough to find the black market can buy a knockoff super soldier drug or magical artifact to use in their own quest to become more than human. The superhumans of today are not enforcers of an old status quo. They are visionaries, madmen, idealists, fanatics, heroes, villains, and base raiders. Join their ranks. Change yourself. Change the world.

Base Raiders is a complete FATE role playing game. It features:

A Base Creation System to easily generate unique and exciting bases to raid. A base can be the setting for an adventure or the goal itself. Create traps, populate the base with guards and throw in competing base raiders!

A Superpowers System that allows characters to add, change, or remove powers. You may find ways to give yourself more powers, but how will they interact with your existing ones?

A Goal System so your character can change the world. Instead of advancing your character after an adventure, you can invest in a goal that will affect the game world in some way. Perhaps you want to reduce crime in your home city or build a secret base of your own. This gives your character something to work for, other than personal power.

Rogue's Gallery of heroes and villains, with backgrounds, skills, and powers and ready for use in your game.

The Zombie Factory, a complete base with maps, history, and occupants plus numerous adventure seeds.