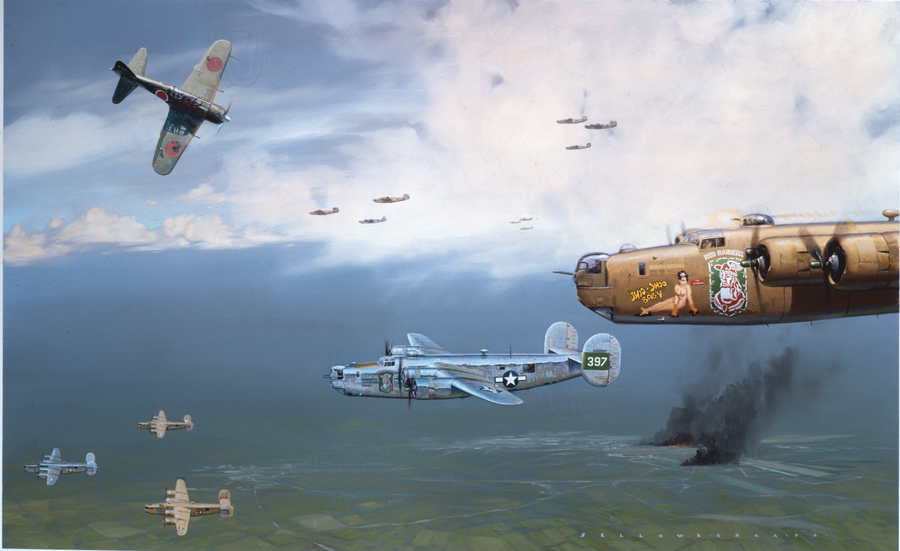 Rampage of the Roarin' 20's ebook

Rampage of the Roarin' 20's recounts the aerial odyssey of the men of the 312th Bomb Group in their sweep across the Southwest Pacific Theater from Papua New Guinea to Tokyo. Although the 312th initially entered the fray in December 1943 with Fifth Air Force in P-40 "Warhawk" dive bombers, it quickly converted to the A-20 light attack bomber and fought its way across New Guinea, the Netherlands East Indies, the Philippines and Formosa. Many of these missions were flown in the low-level strafer attack mode, resulting in some of the most outstanding combat photos of the war. Near the end of the war, while in the Ryukyu Islands, the unit converted to the B-32 Dominator Very Heavy bomber, flew its last missions over the Japanese homeland and fought the last aerial encounter of World War II over Tokyo after the Japanese had announced their intention to surrender.

Meticulous research in the U.S. archives woven together with information from interviews with hundreds of unit veterans has produced a definitive text that includes maps depicting the location of every mission flown and aircraft lost. The book is illustrated with over 700 photos, plus a magnificent color section that includes 36 aircraft profiles, and for the first time ever in a book of aviation history, 32 very detailed and enlarged nose art reproductions illustrated with near-photographic accuracy. The book also features five superb combat paintings created by world-renowned aviation artist Jack Fellows.

Five extremely comprehensive appendices document all aircraft flown as well as casualties, leadership, an extensive "markings and insignia" history and extensive histories of the 36 profiled aircraft and its crews. This is the third volume in the landmark Eagles Over the Pacific series, and it will stand as the definitive history of the 312th and one of the best aviation history books published in recent years. No aviation history library is complete without this book.

Thank you for purchasing Rampage of the Roarin' 20's.