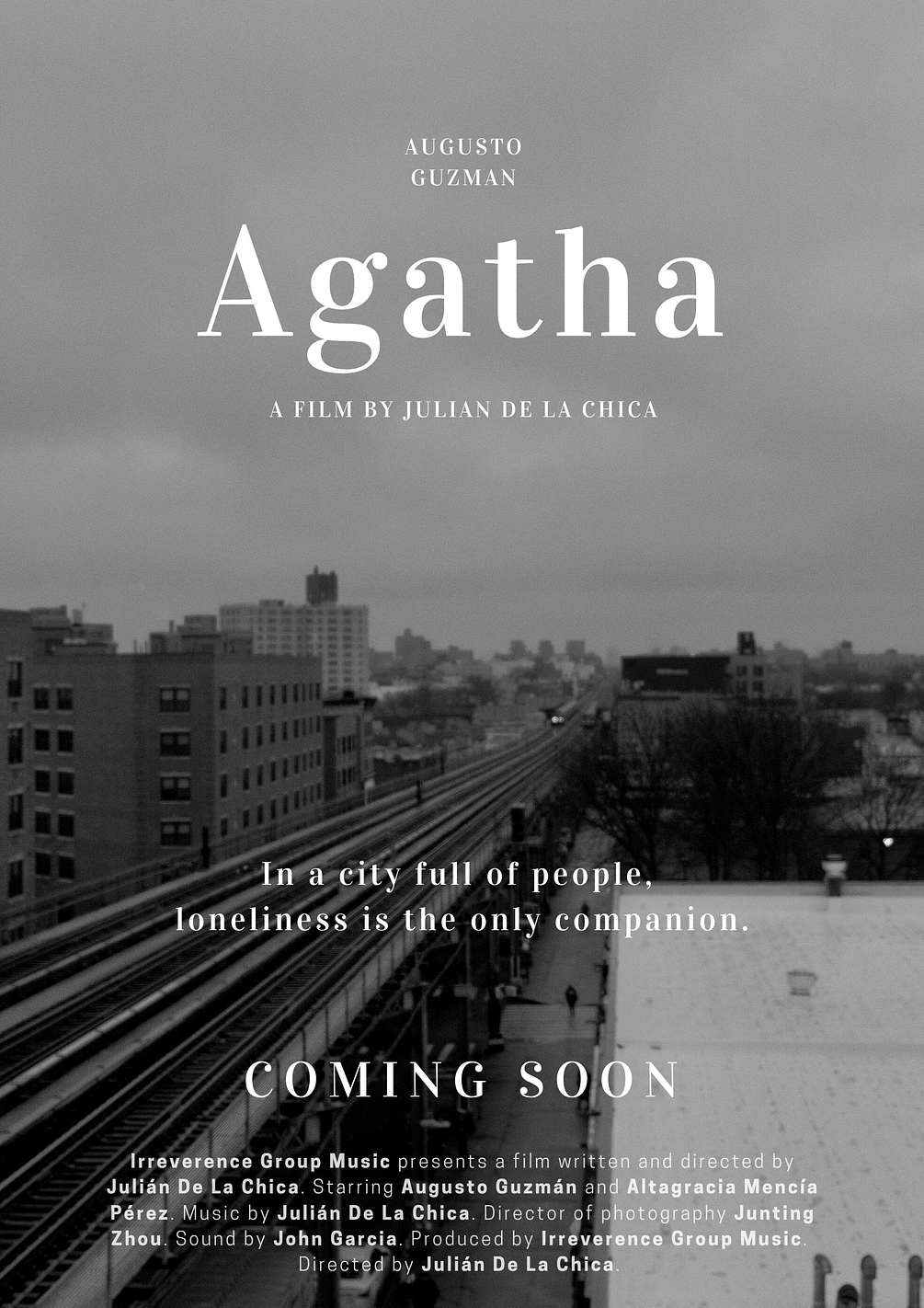 … and like a silhouette that emerges by contrast, our skin also bears the wonderful and at times suffered signs of our soul. An elegant, original, poetic film that touches us with delicacy. Julián De La Chica is an author to follow.”

It is Monday morning and Próspero has just arrived at his apartment. He has been partying all weekend and he is exhausted. In the building across the street a strange man is looking at him. It is Carlos. A Colombian who has just moved to NY. Both men have been eyeing each other several times, but they have never met. Carlos is curious about Próspero's friend Agatha, a woman that appears sometimes at Prospero's apartment and who looks at Carlos with desire.

Agatha is the first film made by Brooklyn-based, Colombian-born composer, pianist, and filmmaker Julián De La Chica, who conceptualized, directed, and composed and performed the film score. Since its completion in spring 2020, Agatha has circulated through nearly three dozen international film festivals, and has received numerous accolades for its outstanding cinematography, acting, LGBTQUIA+ and experimental significance, and haunting film score.

Agatha was inspired by a voyeuristic encounter in the months following De la Chica’s arrival to New York City; looking out the window of the apartment where the film’s director and composer was staying, he noticed a mysterious man that De la Chica felt certain knew he was being watched, but admits he might have imagined that detail. The incident was the impetus behind De la Chica’s solo piano cycle Voyeuristic Images, Op. 10, which underlies Agatha’s starkly intimate imagery and emotional trajectory.

Agatha is based on De la Chica’s Voyeristic Images Opus 10, a piano cycle which explores the themes of loneliness, anxiety, and the complexities of the human psyche which live beneath the surface. Featuring solo piano with exposed, dissonant harmonies and fragile melodic lines, Agatha’s film score is a vital component to the film's exploration of the psyche of loneliness, and its unapologetic narrative simplicity. Upon its release, several tracks from the album were selected for a variety of curated Spotify and Apple Music playlists, including Classical New Releases, Calming Piano, Cinematic Soundscapes, Songs to Get Lost In, Quiet Piano Mornings, and others.

Voyeristic Images Op. 10 is now available for streaming and download on all major music sites. It was produced by Irreverence Music Group

Thanks for your support!