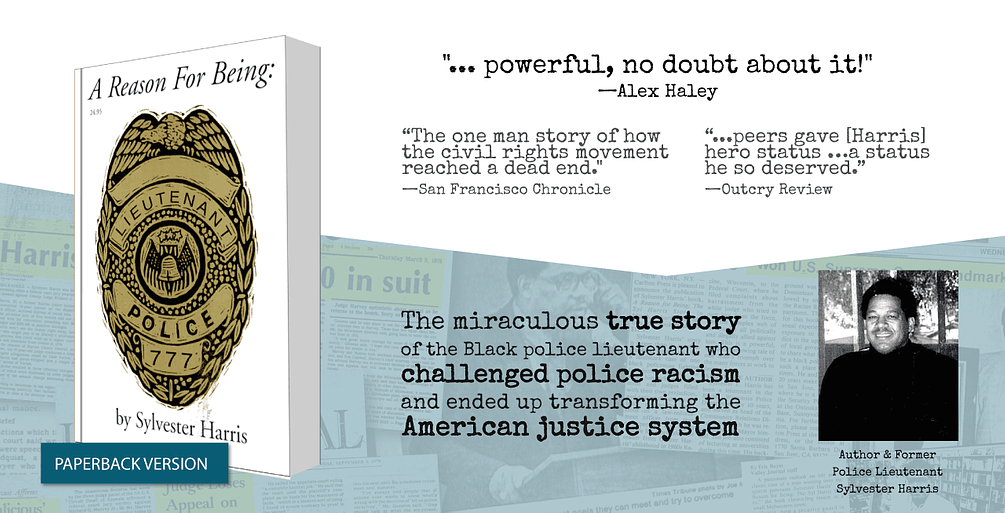 A Reason For Being: The Syl Harris Story (Paperback)

It was the 1970s, and a black police lieutenant wanted racial justice and accountability in his department. A local judge had other ideas. The ensuing battle turns an entire city upside down—and the landmark court decision (Harris v. Harvey) changes the landscape of the American legal system forever.

If we are working towards social justice, stories like A Reason For Being should be with us all.

"The one man story of how the civil rights movement reached a dead end."
—San Francisco Chronicle

"… deeply tested by these events… Harris’ story is something told with candor and emotion."
—The Valley Journal

Sylvester Harris is the first African-American police lieutenant in Racine, Wisconsin. As head of the community relations division, Harris’ conscience does not allow him to turn a blind eye to rampant racism in the department.

He also never backs down from defending what he thinks is right.

A powerful court judge named Richard Harvey has other plans for Lieutenant Harris; wanting nothing more than to get that “black bastard” out of his city. In the ensuing roller coaster of events, guns come out, racial slurs headline newspapers, and an all-white jury must decide the fate of Harris and Harvey.

This is the true story that lead to the landmark civil rights case (Harris v. Harvey), and the saga of how an entire police force, legal system, and city are turned upside down, as one judge’s malicious smear campaign shakes the roots of civic life.

If we are fighting for justice, A Reason For Being should be with us all—in it, Harris lights the flame for true equality, by never looking away, no matter what the personal cost. From chilling reprisals to a dramatic courtroom climax, the book ignites within us too, the power to take a stand.

Thank you for your purchase of A Reason for Being. Your autographed book will be in the mail shortly!