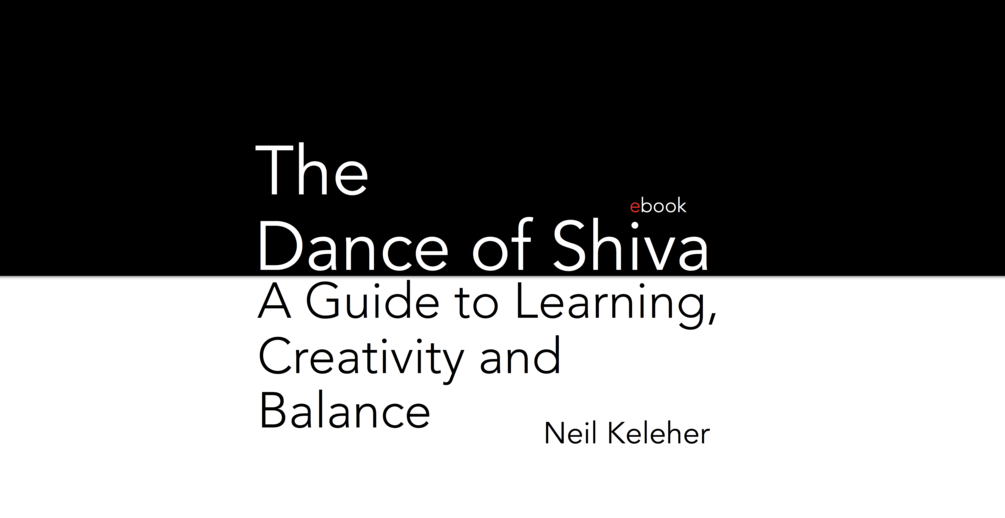 The Dance of Shiva

A Guide to Learning, Creativity Balance

The Dance of Shiva is a practice with many potential benefits.

The ebook (pdf//epub) explains the positions and movements Dance of Shiva and how to learn them. Optional videos can make learning the movements a little bit easier.

Why might you want to learn and practice the Dance of Shiva?

Physically it offers the chance for you balance the left and right sides of your upper body.

If you habitually tend to use one arm because of the nature of your work or sport or other activity, of can help you to balance the sides of your upper body.

isn’t necessarily a bad thing but too much of it may lead to problems.

If you are already noticing the ill effects of too activity, of may help you in returning to a more even keel. It may also help to prevent excessive imbalance in the first place.

Because the brain controls the body, balancing the sides of the body with an exercise like of can have an effect on the brain.

Because the movements are clearly defined and very close to the limits of most peoples range of movement, improving your ability to do the movements may create changes in the brain, particular in creating balance between the corresponding parts of the part of the brain that controls your muscles and between the corresponding parts that sense your muscles.

Another way that dance of can affect the brain is that there is both an imaginary component to the dance of as well as a real component.

With Dance of you can practice thinking clearly (that's the "imaginary" aspect). You can also practice sensing and your body in real time (the "real" component). These could be thought of as "complementary" aspects of the brain and dance of can be used to exercise them both.

It's Easy To Teach Yourself

This isn’t to say that dance of is a “better practice” than, say, Tai Ji, but it does lend itself particularly well to self-learning.

There is a proviso though.

(There is Some Memory Work to Do Though!)

You have to memorize the basic positions and movements.

And that’s actually another benefit of the dance of . It gets you used to and can be used to demonstrate that memorization isn’t really that difficult.

In addition, memorizing something like the dance of builds a framework within your brain. That framework can be used to store further knowledge about the dance of and in turn, helps in providing a framework for the retrieval of memories.

Get into the Flow Mind State While Learning

Yet another benefit of the dance of is that the movements are very easy to break down into practice sets, and if you’ve memorized the basic positions and movements, it is very easy to practice these sets from memory.

The benefit of practicing from memory, as opposed to practicing while looking at a book or while watching a video, is that you can focus on doing the movements instead of thinking about how to do them.

That's when you can get into the flow.

Rather than wondering which move is you know which move is next, and if you have problems with that movement you can focus on finding a way to do the move as easily as possible. (A Key to "Flowing" is not worrying about mistakes while you are practicing. )

Providing Yourself with a Container for Your Expression

If there aren’t problems, then you can focus on making the moves as smooth and fluid and as cool looking as possible. But instead of empty “coolness”, this will be real coolness because by being present (not thinking) while doing the moves you are expressing your true self at that moment.

It doesn’t matter in this case if the movements are perfect, what does matter is that you are expressing yourself using the movements as a vehicle for your expression.

Yet another benefit of the dance of is that it teaches you how to play within a set of limits (you could think of the positions and the movements between them as "limits") so that you can be free within them.

One way to define Creativity is that it is the ability to work freely within a set of limits.

Without there is no unless you use creativity to first create the limits within which you want to play within. And that perhaps is the ultimate benefit of the dance of .

Even if you only understand and practice a few movements of the dance of , you can benefit from that practice if you take from it the understanding and ability to create limits, and recognize them,  so that you can play within them.

The Ebook (all you really need)

The Dance of Shiva Ebook provides a look at all possible movement combinations.

These are simple grids of sequences of movements. As you get more comfortable with the movements and positions, the tables provide a quick reference for each set of movements.

The Videos (Designed to Make Learning Easy, and Priced To Inspire You to Do the Work)

The optional videos are divided into four main parts.

Series 1 is a follow along series that includes arm and shoulder warm-ups, plus a gradual introduction to the positions and movements. The initial focus is on learning to feel particular parts of your upper body to make learning and doing the positions (and movements) easier.
Series 2 is a reference series for the positions using one arm.
Series 3 is a reference series for the movements using one arm.
Series 4 (which itself has three parts) is a series of videos that shows the me doing the movements with the movement and position designators displayed at the side.

There are a lot of videos, but they are all relatively short, generally between 1 and 5 minutes long. Videos are Mp4 format and can be streamed or downloaded.

If downloading, the VLC app is recommended for viewing on either Mac or Windows systems.

If you aren't satisfied with the this product, contact me for a full refund within 30 days of purchase. My email is included with the purchase confirmation email.