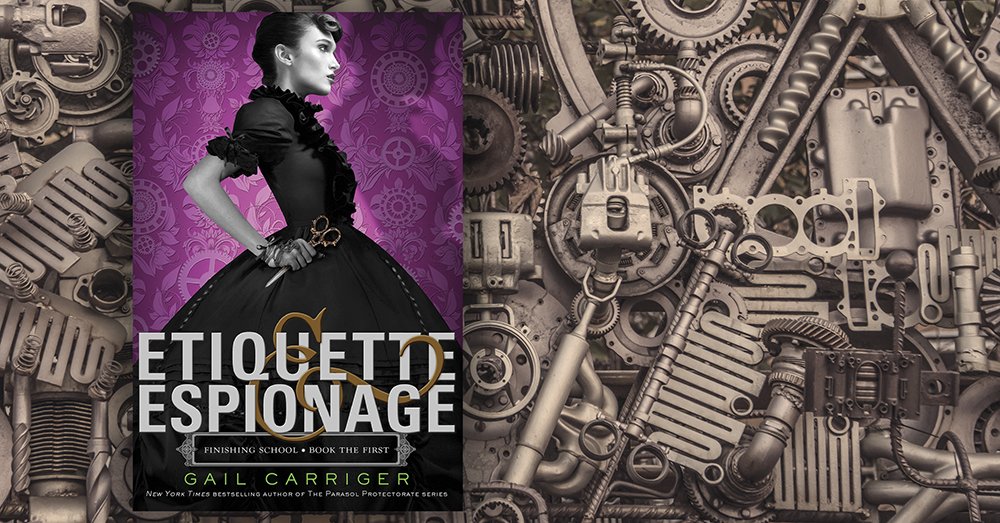 A vampire hive descending into madness. A beautiful spy with a sparkly plan. The bodyguard who must keep them from killing each other.

Dimity Plumleigh-Teignmott, code name Honey Bee, is the War Office's best and most decorative fixer. She's sweet and chipper, but oddly stealthy, and surprisingly effective given the right incentives.

Sir Crispin Bontwee was knighted for his military service, but instead of retiring, he secretly went to work for the War Office. Mostly he enjoys his job, except when he must safeguard the Honey Bee.

Neither of them are vampire experts, but when Nottingham Hive goes badly Goth, only Dimity can stop their darkness from turning bloody. And only Crispin can stop an enthusiastic Dimity from death by vampire.

In a battle for survival (and wallpaper), Dimity must learn that not all that sparkles is good, while Cris discovers he likes honey a lot more than he thought.

Spinning off from the Finishing School series, featuring deadly ladies of quality, this story stands alone but chronologically follows Poison or Protect. It's Cold Comfort Farm meets Queer Eye meets What We Do In The Shadows from the author of the Parasol Protectorate books, perfect for fans of Julia Quinn, Jodi Taylor, or Meljean Brook.

Contains fraternizing vampires and one very curious young lady, who asks about it, sometimes in detail but mostly in retrospect. May also involve excessive use of velvet, melodramatic poetry, and the strategic application of interpretive ballet.

Thanks so much, I hope you enjoy Dimity's story.