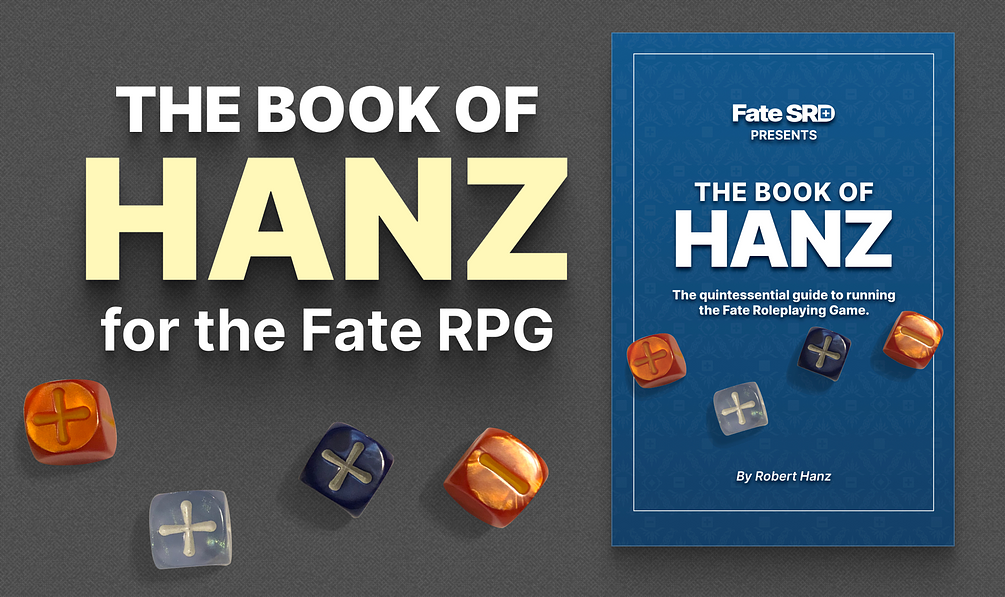 "The Book of Hanz was a fundamental source for finally [understanding] Fate's paradigm and actually putting people together to play it."

Have more fun in every Fate RPG game.

Collected for the first time in paperback, The Book of Hanz unlocks the code to better Fate games than you ever imagined.

The Fate Roleplaying Game is a game focused on telling exciting stories. The game takes inspiration from movies and shows we love and gives players a way of making the story theirs.

This is a big departure from how big games in the RPG industry are set up. They tend to model real-world actions, like six-second turns or modeling real combat. Because this is so different from the narrative flexibility Fate gives players, this can be hard to understand.

Enter the Book of Hanz. But it wasn't intended to be a book.

Almost Lost with Google Plus

Robert Hanz is a fan of Fate and very active on Google Plus. Before it was shut down, Google Plus was host to a wealth of RPG communities and people. Robert wrote a huge number of what he calls posts—and I call essays—on how to run and play Fate. The essays cover topics such as putting fiction first, pacing mechanisms, conflicts, and aspects.

These essays were shared among the Fate community to help bring new people into Fate. Then Google decided to turn off Google Plus. Fortunately, these essays were exported and saved before the servers turned dark.