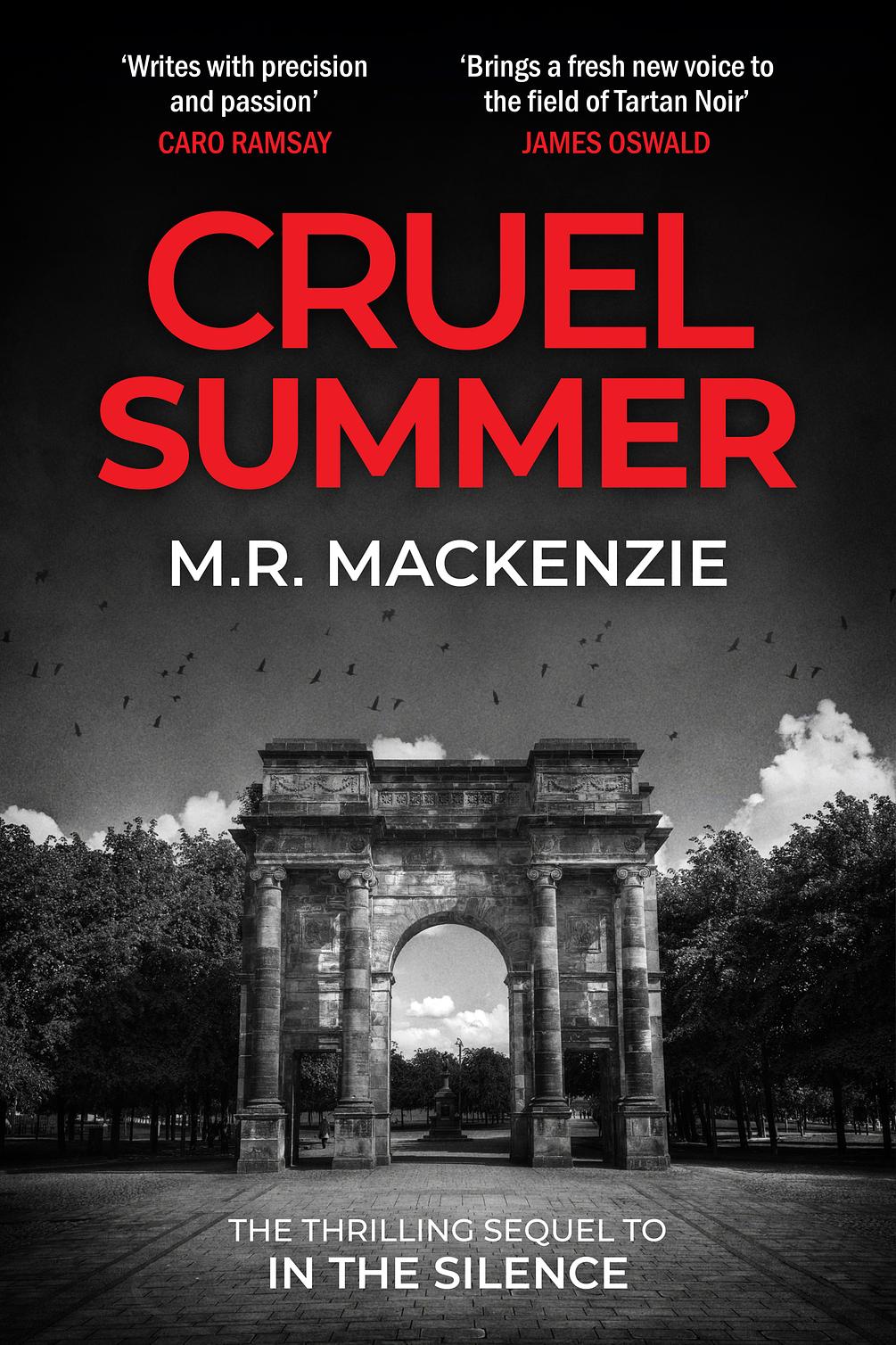 Zoe Callahan is having the summer from hell… and it’s about to get a whole lot worse.

She’s stuck in a dead-end job, her relationship is going nowhere and the memory of the Kelvingrove Park Murders three years ago continues to cast a long shadow over every aspect of her life.

When a prostitute is brutally assaulted by Dominic Ryland, a rising political star with a suspiciously spotless personal reputation, Zoe leaps at the chance to embroil herself in a noble cause and sets out on a one-woman crusade to bring Ryland to justice.

But in doing so, she quickly finds herself on the wrong side of some very dangerous people – people who have reputations to protect and who would think nothing of silencing Zoe by any means necessary.

An explosive thriller set against the backdrop of a sweltering heatwave, Cruel Summer is the sequel to M.R. Mackenzie’s critically acclaimed debut In the Silence and the second instalment in the Kelvingrove Park Trilogy.

This download consists of an ePub or Mobi file for your compatible reading device or app. By purchasing this edition, you are directly supporting the author.

IMPORTANT: due to formatting errors on iOS devices when manually importing Kindle eBooks, iPhone and iPad users are STRONGLY encouraged to choose the ePUB version.