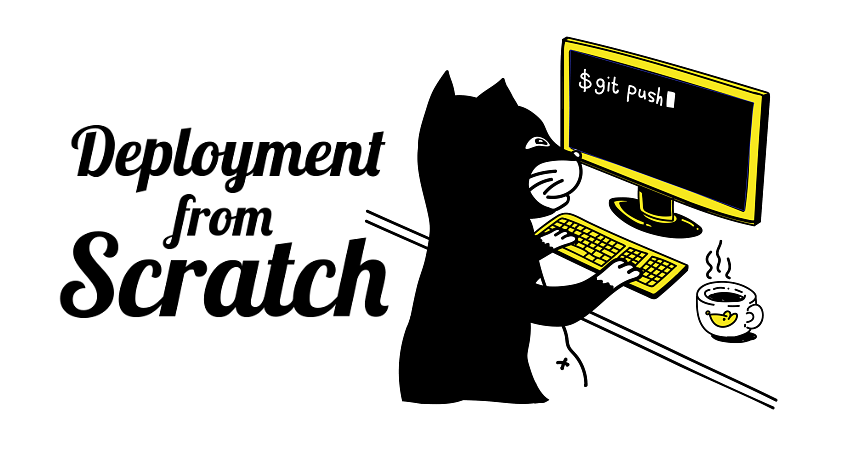 NOTE: This public pre-release has the first 23 chapters, 3 scripted demonstrations, and a security checklist available. It's not a properly finished book yet, but if you buy it now for the reduced price, you'll get everything I add to the final release (like other cheatsheets and checklists).

Who is it for?

I wrote the book for software engineers, programmers, indie hackers, and makers on the web. Inside I teach system administration, server provisioning, and deployment of web applications. It's designed to be both a good first exposure and a great second dive-in.

I use Ruby and Python for the examples, but you can follow easily even if you come from a different programming language background. More than 90% of the book is language-independent.

Terminals: Many exciting journeys start in a terminal, and it won't be any different for us. Before dispatching to clouds, we buckle up and get everyone familiar with standard streams, pipes, and other shell basics.

Secure Connections: Connecting to our first virtual private server. Getting familiar with the SSH protocol and its public key encryption. Configuring SSH on client and server.

Hands-On Networking: A hands-on exploration of a newly created virtual machine with a focus on networking. We'll learn about network interfaces, IP addresses, ports, and sockets in a more practical way.

Filesystem: A detailed look at the filesystem layout in Linux systems. Locations, paths, standards. Where do files go? Where will our applications live?

Web Servers: Kinds of web servers. Setting up NGINX as a web server and a reverse proxy. Automating log rotation.

Domain Names and Certificates: A closer look at DNS services and working with TLS certificates. Self-signed and Let's Encrypt.

Linux Containers: A primer on Linux containers. Building and running containers with Docker and Podman. Rootless and caching considerations.

Fortune Telling: What did you learn and where to go next from here?

The final list is subject to change, but it won't change much. I have most of the content done.

What will you get?

- A distilled knowledge of a few books in a single packaging written by a former professional Linux packager. Everything from network theory to encrypting database backups. 25+ chapters of great content.

- Scripted real-world demonstrations using just plain Bash. They will help you understand more about good system defaults, secure configuration, and how things work if they are not buried in thousands of lines of higher-level tooling.

- Checklists and cheatsheets for your later reference.

- A static website served over TLS with Let's Encrypt certificates. Already in pre-release.

I am Josef Strzibny, a full-stack web developer. I made and deployed the first commercial web applications during high school in 2008. I have Bachelor's and Master's degrees in Applied Informatics. I have worked for Red Hat on the platform and developer experience teams as a Linux packager. I was a Red Hat Certified Engineer. I led a small startup as their CTO. You might know me from packaging Vagrant for Fedora.

A big thank you! Your support makes making the book possible.