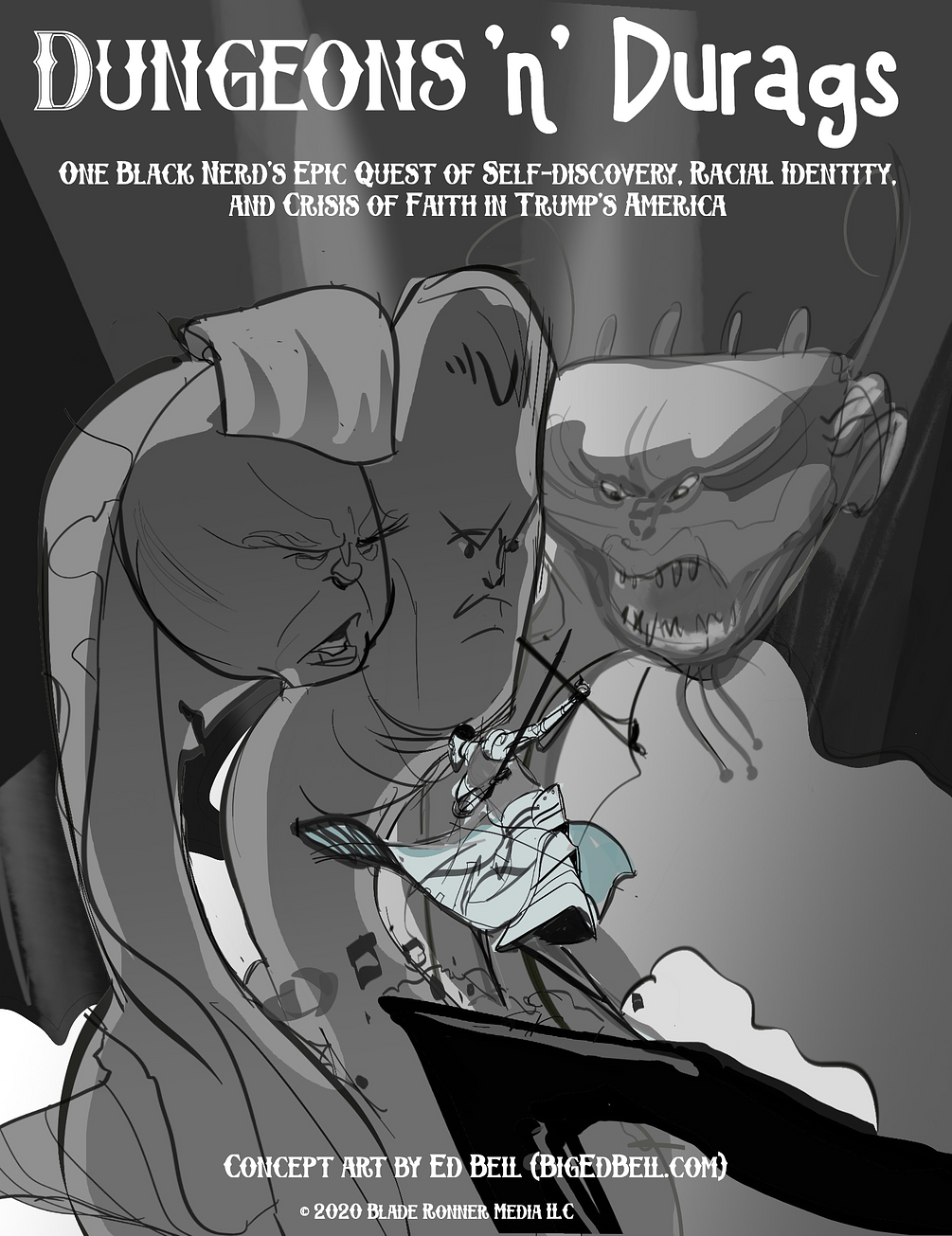 This is the (mostly) true story of how a sexist, egotistical, lying, hypocritical bigot of a president, the inanity of duped evangelicals, and misogyny in Hollywood, led one of the “whitest” and nerdiest black men on the planet to wake up, find his blackness, and lose all inhibitions at dropping the f-bomb.

Ron is a black man who has lived his entire adult life in a white world. Then the 2016 presidential election threw him for a loop. Friends he thought he knew were saying stuff he never dreamed they believed. He had to speak out. The once nice, apolitical, Christian, “white safe” Ron had become the proverbial “angry black man,” calling white people on their privilege, fellow Christians on their hypocrisy, and causing a ruckus.

Miraculously, an angel dressed as Sam Jackson’s character Jules from “Pulp Fiction” has come to help him “be more black.” (It’s quite possible he’s actually a devil. The jury is still out on that.) Ron is also visited by the Voice of Morgan Freeman (just the voice, not the man). In a strange way, Sam and the Voice of Morgan Freeman play Ron's own personal Malcolm X and Martin Luther King Jr., respectively—each giving a different perspective on how to connect with his blackness.

In this twisted Charles Dickens-esque storyline, Ron meets with various African-American pulp-culture icons to confess his black "sins." What results is an emotionally moving, politically poignant, and often hysterically funny coming of age story—except the age is 50.

PDF and EPUB version of book.

View in Library
Sorry, this item is not available in your location.
Sold out, please go back and pick another option.
2
5.0