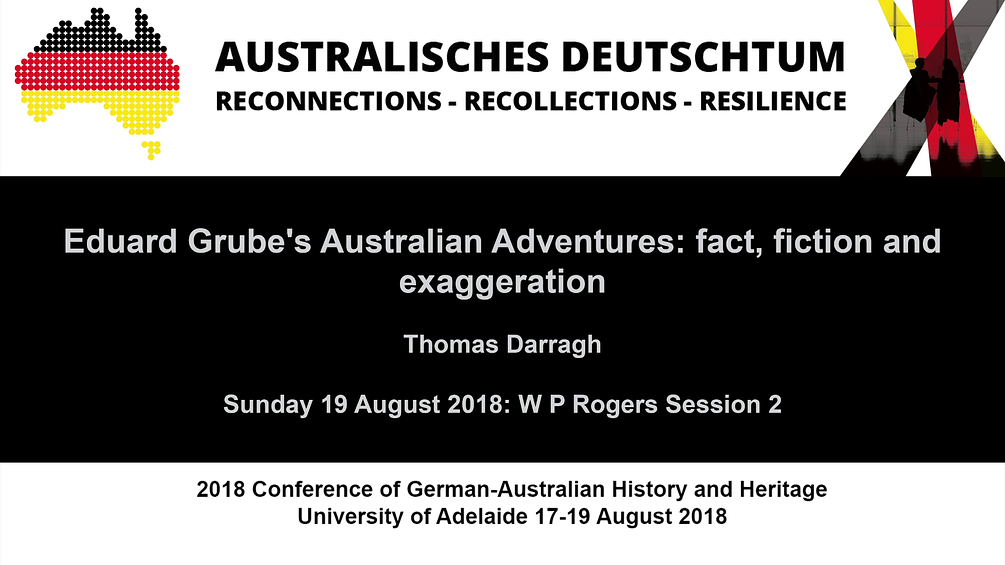 The Hamburg born Eduard Grube arrived in Adelaide aboard the Victoria in 1849, aged 18. After many adventures in Adelaide and country South Australia, he joined the gold rushes in Victoria, then returned to Hamburg in 1854, where he wrote an account of his experiences. This account tells of his time as a hutkeeper, peddler in Adelaide, seaman, ship deserter, copper miner in the Mount Liverpool Mine, station cook, teacher in Port Lincoln, mounted policeman in Adelaide and gold digger in Victoria. Despite many inconsistencies and exaggerations, the account is important, describing a massacre of Aborigines on the Eyre Peninsula, his involvement in the Red Ribbon anti-licence movement in Victoria, as well as the working life of a young German in city and country.

Thomas A Darragh, is a retired museum curator with an interest in German settlement in Victoria and the role of German scientists in Australia. He has co-authored a book and published several papers on these topics, including translations of Ludwig Leichhart's Australian diaries. He is one of the editors of the Ferdinand von Mueller correspondence project.