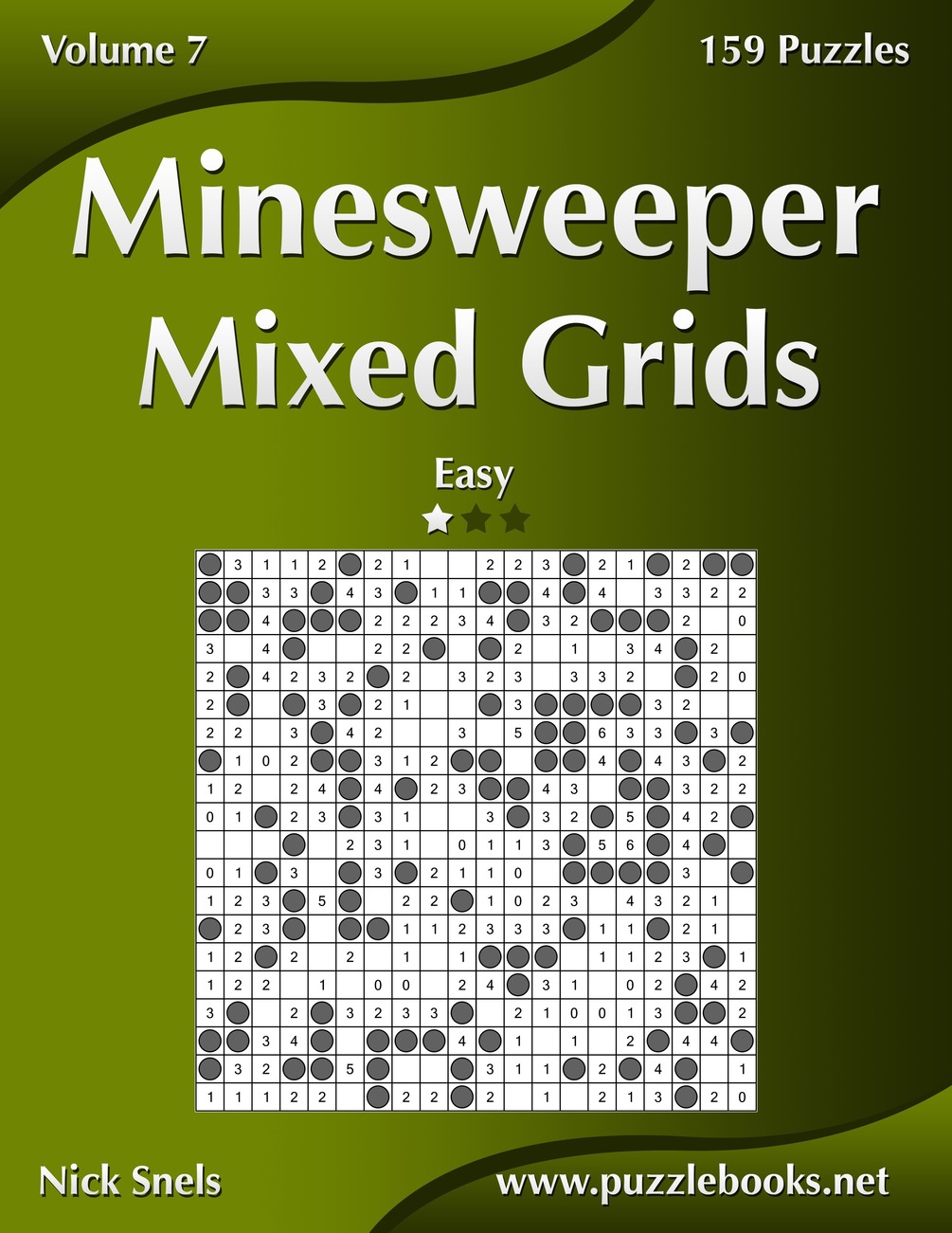 Minesweeper Mixed Grids - Easy is a collection of 159 puzzles:

The task of Minesweeper is to place mines into empty cells in the grid. The numbers in the grid represent the number of mines in the neighboring cells, including diagonal ones.

I guarantee that every logic puzzle in this Minesweeper puzzle book has been carefully checked to ensure that each puzzle has only 1 solution.