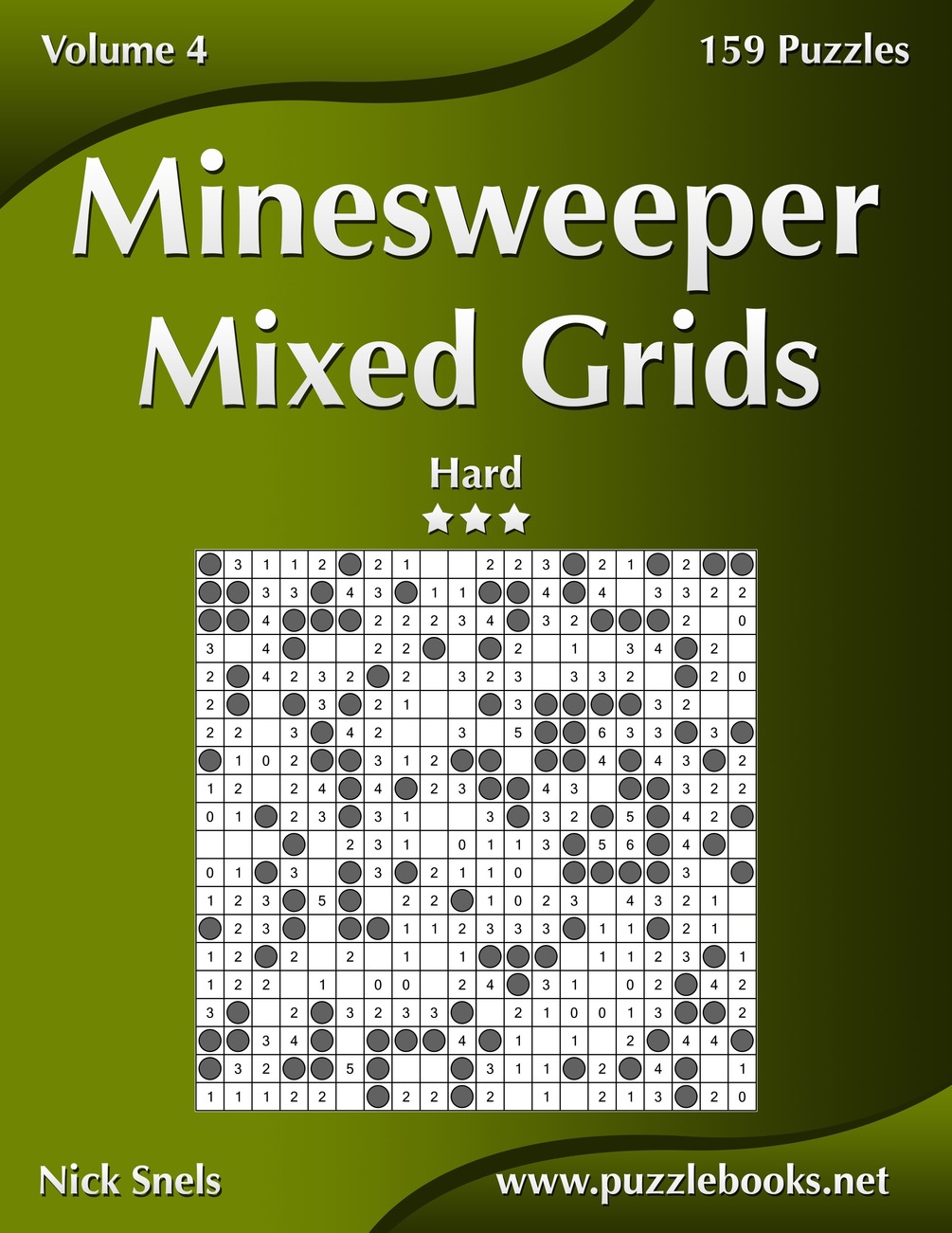 Minesweeper is well known by the logic puzzle game in Microsoft Windows. This book is ideal for you if you love to solve difficult Minesweeper puzzles no matter their size. You do not need to wade through tons of easy Minesweeper puzzles before getting to the real brain teasers. You get the perfect mix of different sizes of Minesweeper to keep you entertained for weeks. Once you pick up this book, you won't be able to put it back down. You have been warned!

Minesweeper Mixed Grids - Hard is a collection of 159 puzzles:

I guarantee that every logic puzzle in this Minesweeper puzzle book has been carefully checked to ensure that each puzzle has only 1 solution.