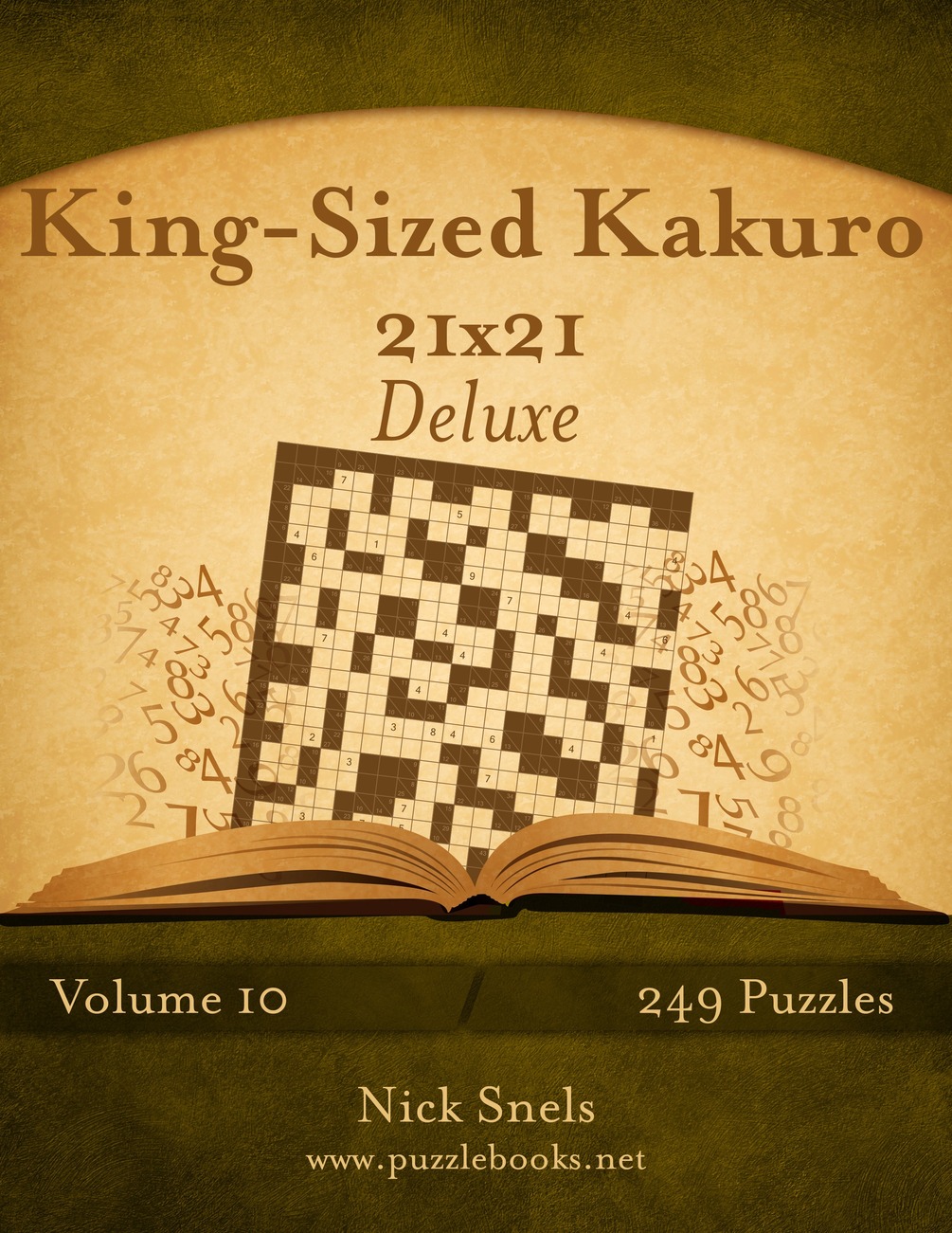 Kakuro is a fun way for kids and adults to practice addition facts. This book is ideal for beginners to learn Kakuro. Once you pick up this book, you won't be able to put it back down. You have been warned!

King-Sized Kakuro 20x20 Deluxe is a collection of 249 puzzles:

I guarantee that every logic puzzle in this Kakuro puzzle book has been carefully checked to ensure that each puzzle has only 1 solution.