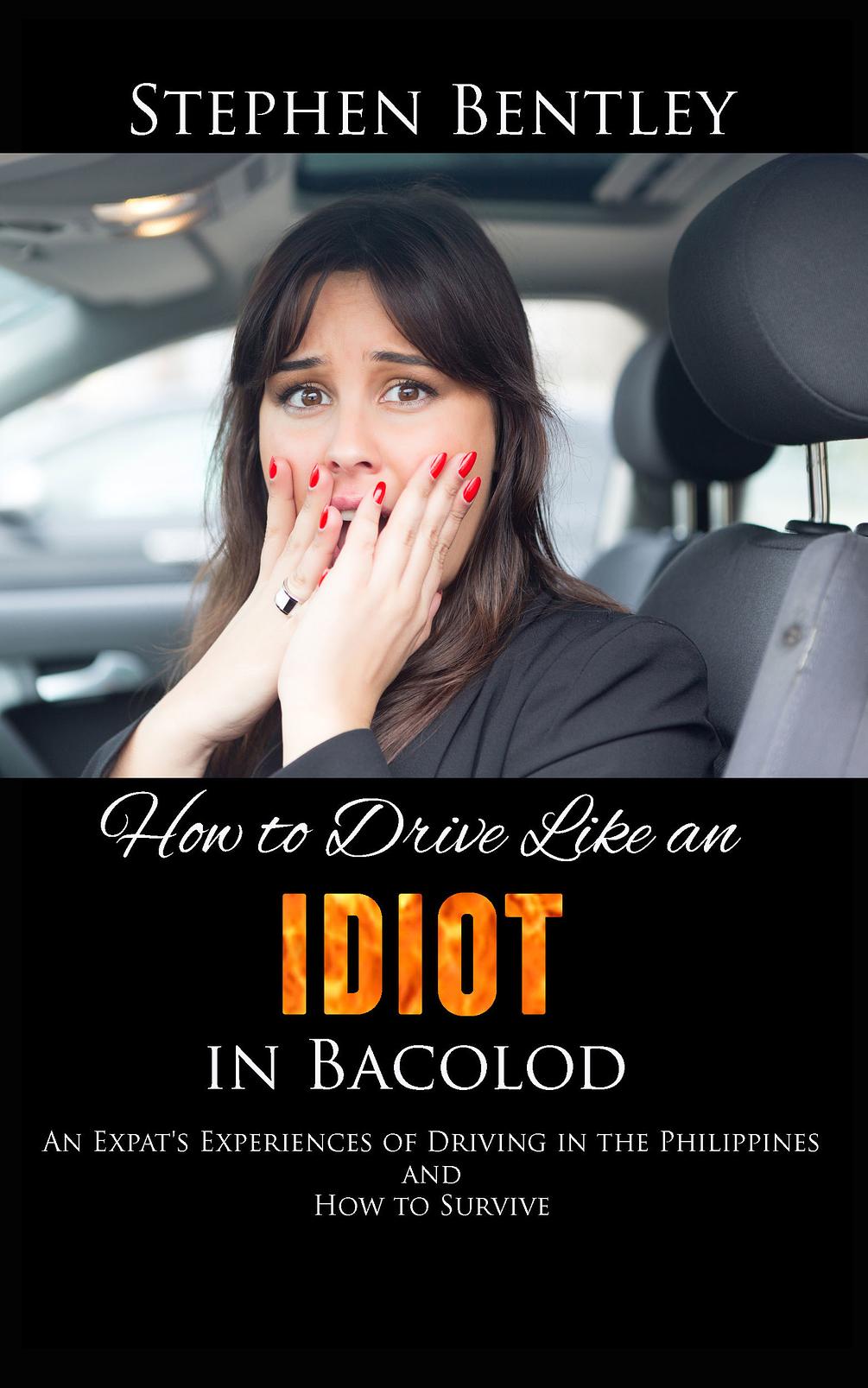 This book was originally listed as a Kindle eBook priced at $4.99 on Amazon and other online retailers. It is exclusively now only available through Gumroad and the author's blog www.expatinbacolod.com.

It deals with the author's initial shock at experiencing the road culture prevalent in the Philippines. Stephen Bentley is a Brit expat living in that country.

He describes in vivid detail some of the horrific driving and devotes a chapter to defensive driving tips from his police days. Who should consider buying it? It is full of expert defensive driving tips that could save your life if you drive or plan to drive in the Philippines. The book will benefit Filipinos, expats and tourists alike.

“I’d venture driving in Iloilo City but never in Bacolod City,” said Ed, a Quality Control manager who has worked and lived for more than 40 years in the US and who eventually settled in his hometown of Culasi, Antique after his retirement from Sunkist in California several years back.

Ed issued that statement during my first meeting with British citizen Stephen “Steve” Bentley who, like my family, was being hosted by Ed for a vacation at his beach house which he considers (rightfully so) as his “little piece of paradise on earth”.

Antique is a laid back province in Panay Island where the center of commerce is in Iloilo City in the Province of Iloilo. Bacolod City is the capital of Negros Occidental, the western side of the island which is considered the Sugar Bowl of the Philippines.

Steve was impressed by the unhurried pace of life, succulent food and the jovial people of Negros and that he wishes to reside in Bacolod City, the provincial capital. He further disclosed that he was contemplating buying an SUV to get around the “City of Smiles” and to see the other charms of Negros Island.

Ed and I cautioned him on the hazards of driving in Bacolod.

“I’d rather take a company car or a taxi to get me around the city than personally drive and joust in the road with Bacolod drivers,” I told Steve.

Steve was undeterred. Banking on driving credentials as long as the arm in his 6’ 4” frame, Her Majesty Queen Elizabeth’s subject rushed on in his SUV into the streets of Bacolod. To borrow Lord Alfred Tennyson’s words, Steve was “strong in will to strive, to seek, to find”… albeit you can bet he had to yield.

We who have gotten accustomed to the norm of Bacolod traffic will be simultaneously bemused and red-faced at how a “foreigner” sees the way we behave in our streets.

From drivers, pedestrians and the ubiquitous city street vendors, we can learn more than just a thing or two on how we should conduct ourselves safely on the road from the characteristically tongue-in-cheek British wit and sometimes audaciously blunt observations of the author as he maneuvers in Bacolod traffic.

Next to getting behind the wheel of a vehicle, this is the closest you can get to experience “How to Drive Like an Idiot in Bacolod”.

This review is from: How To Drive Like An Idiot In Bacolod: An Expat's Experiences of Driving in the Philippines and How to Survive (Kindle Edition)

I have lived in the Philippines for almost two years. I've been to Davao, Cagayan de Oro, Manila, Cebu, Bacolod and Valencia City. Steve's book '

How To Drive Like An Idiot In Bacolod' covers about 98% of the Philippines. Steve paints the picture exactly how it is. If you plan on coming to the Philippines buy this book as your guide to driving. Pleased, also heed his warning about driving at night - very dnagerous. My wife and I have a car, but I do not drive, she does - and I have given up attempting to teach her the 'proper way' to drive.He is also correct about the wonderful people here. The smiles are wonderful, in fact infectious :-) The Filipinos are wonderful to be with - I should know I fell in love with the most wonderful Filipina. Come to the Philippines and enjoy some of the best people on the Earth. You won't be disappointed - but don't drive yourself :-)

This review is from: How To Drive Like An Idiot In Bacolod: An Expat's Experiences of Driving in the Philippines and How to Survive (Kindle Edition)

I honestly didn't appreciate the title because Filipinos aren't idiots. We just drive a certain way because if we didn't, we'd never get anywhere on time. Or at all. We just have a gung-ho attitude about getting someplace, though we also have a laissez-faire attitude about it as well.

At the same time, I can't fault the author. From an outsider's point of view, it's crazy out there on the streets of Bacolod or any big city in the Philippines. If you're visiting from a country where everyone follows the rules on the road, then you're better off having a driver take you around the city. You're probably better off closing your eyes, too, as your driver runs a red light because he says it's clear.

Still, it was refreshing to read Bentley's apparent shock that there are no rules when it comes to driving in the Philippines, just as there are hardly any road markings visible to the naked eye, or that even though there may be signs that say "Keep Right," no one keeps right.

I appreciated the pictures he included, as well as links to videos that show the reader what he's talking about. His love for the country and its people is evident, and I appreciated that as well. Filipinos' driving habits may stump many a foreign visitor like him, but this book shows that their hospitality and resilience amidst everything else is one reason he still calls it home.

I received this book from the author in return for an honest review.