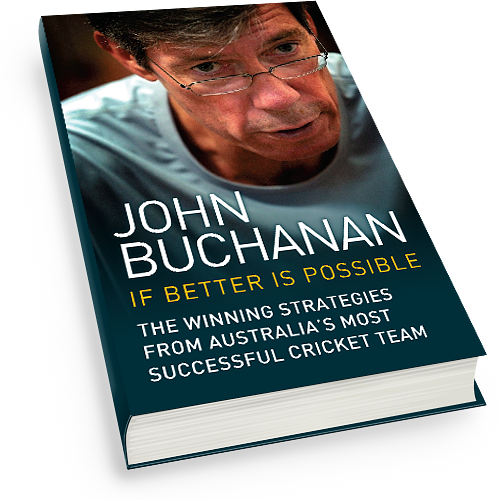 John Buchanan - If Better is Possible

If Better is Possible: The Winning Strategies from the Coach of Australia's Most Successful Cricket Team

John Buchanan is the most successful cricket coach in history u a remarkable achievement given that when he was appointed in October 1999 to replace Geoff Marsh, many people doubted him due to his lack of Test-level experience. He proved the critics wrong. Along with current captain Ricky Ponting, John led the Aussie team to unprecedented success, including a world-record 16 consecutive Test match victories; 2001, 2002u03 and 2006u07 Ashes triumphs; the 2003 ICC Cricket World Cup in South Africa; a victorious 2004 tour of India; the team's fi rst-ever ICC Champions Trophy; and the 2007 ICC World Cup in the West Indies. After stepping down as Australian coach in 2007, John took up the coaching role for the Kolkata Knight Riders in the inaugural Indian Premier League, which was held in 2008. In If Better Is Possible, John brings his innovative style, his leadership principles and his visionary drive to the wider community. He has written a book not only for the sports fan, but for anyone who would like an insight into achieving real, long-lasting success, whatever their field of endeavour. Each chapter is short and punchy and written in an entertaining, accessible way u perfect for the busy employee or employer, parent or coach who wants easy-to-grasp, 'take-home' advice on topics such as: * achieving mental toughness, thinking outside the square, the importance of role models * The importance of backing yourself * the role of the mentor/coach/teacher * creating a culture of success * effective communication * scouting the opposition etc