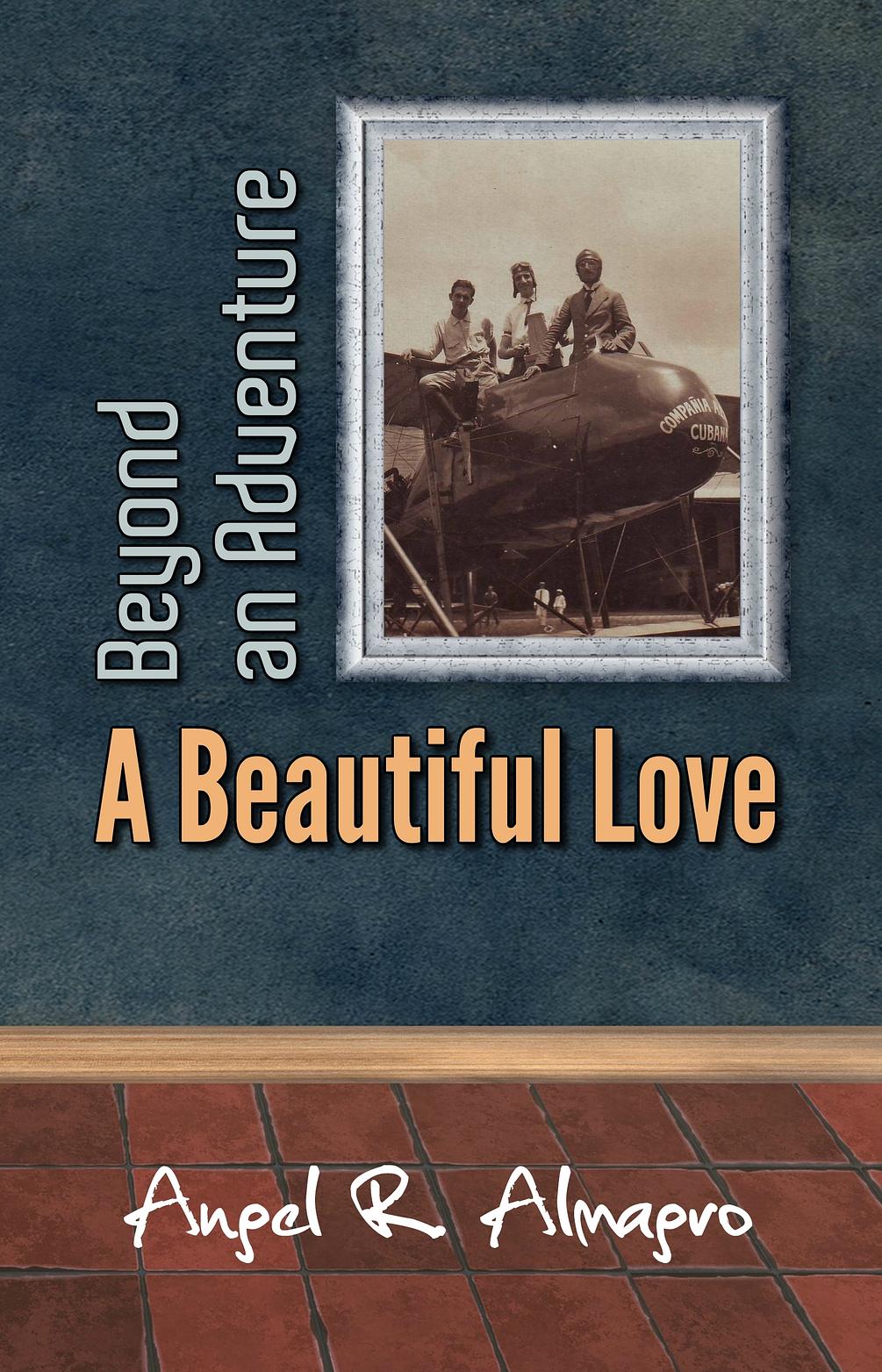 Beyond an Adventure: A Beautiful Love, by Angel R. Almagro

Once World War I was over, after devastating battles, including the Battle of Verdun, some French air fighters, almost all heroes of French Republic, were thought to be all dead in a plane crash while performing the first long distance fly of the giant Farman plane, "The Goliath", from Paris to Dakar. They were lost in the Sahara Desert without food and water. How they survived despite their ordeal!

While France was recovering from war, they went to Cuba where they remained almost two years, and the place the most important for them was the Columbia airfield in Havana, which became a real aeronautic fair because of the presence of French air fighters and the Farman war planes. For these French nationals, after the battles of the First World War and the testing fly of "The Goliath" to towards Dakar, all these events took place without a single break. Still, their stay in Cuba was like an adventure, which happened under a relaxing and warm atmosphere, plenty of affection and happiness.

A Cuban "mulatta", who was charged to prepare meals for the French pilots and mechanics, was the most notable woman in the Columbia airfield. Her name was Genevieve. One of French fellows, Leon, fell in love with her. It was a beautiful but sad love story.

Born in Cuba in 1944 where he lived until 2001, Angel R. Almagro had never been able to spread his poetic message because of the Marxist regime that governed his country and by false priests who had tried to destroy his literary creation. He then left his country to reach the United States. He wants people to consider his poems and his entire work “like a fountain of prophecy, because it is already time to believe the true poets as spiritual messengers through which we can learn that our world really needs renovation.”

Angel R. Almagro has published three books of poetry at the Editions Dédicaces, entitled "AMEN ou The Child and the Beast", "Woman" and the two volumes of "The Winged Prince’s Dream".