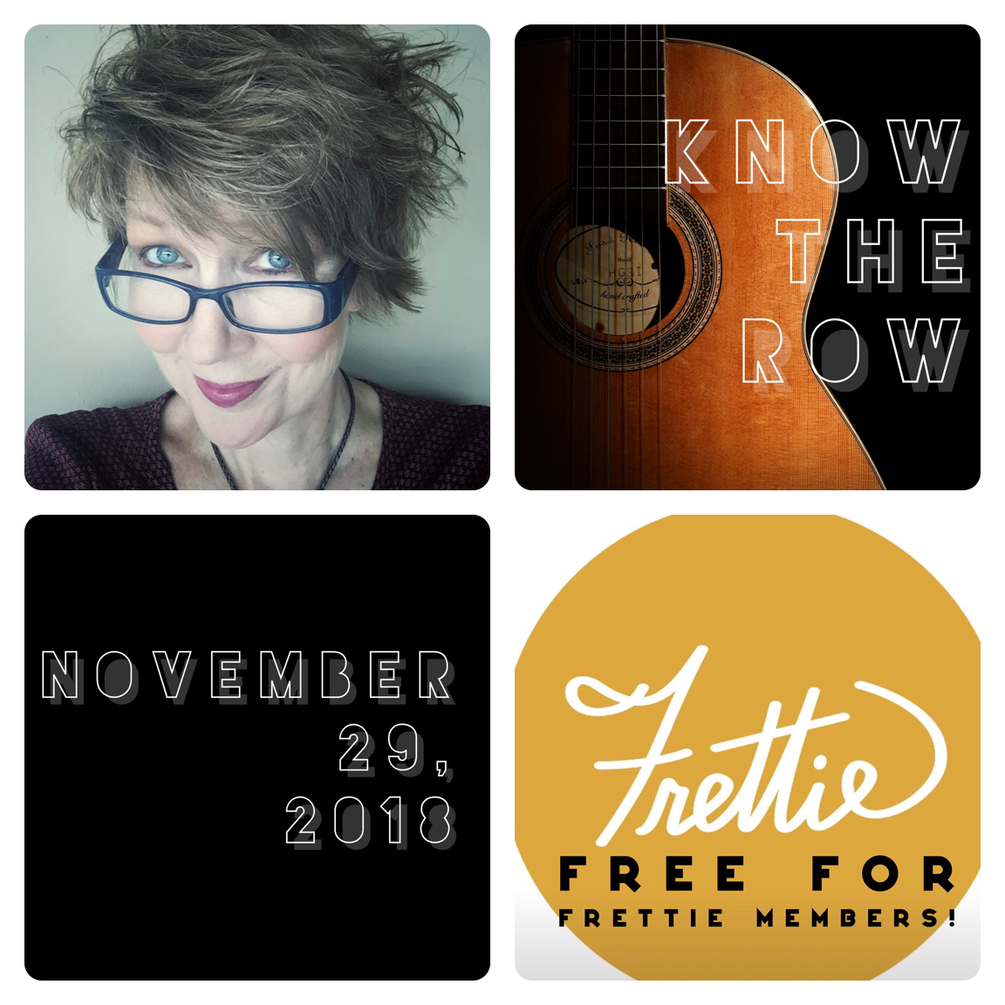 If you keep on guessing how to succeed, you’ll probably keep getting the same results you’re getting now: taking too much time figuring out the truth on your own while spending too much money recording songs that will probably never get cut.

Trying to get a hit without understanding the music business is like throwing darts in the dark and trying to hit a bullseye.

You can spend your time and money filling the air with darts and hoping to get lucky... or you can let Songwriting Pro and Frettie pull back the curtain and let some light in. Learning how Music Row works- getting an insider’s perspective- will put you in a much better position to get cuts or a publishing deal.

In this exclusive online event, I invite a music industry friend of mine to come in and answer YOUR questions.  We start off with a short interview full of insider information that will help you on your songwriting journey.  Then we open it up to your questions.

It's online, so you can join us from anywhere in the world!  (details below)

WHO IS KENNA WEST?

Kenna West is an award-winning songwriter who has written over 30 #1 singles in the gospel music industry.  That's right.  Over 30.  That's pretty much all you need to know.  But in case you're curious for more...

Kenna's career in gospel music began in 1983 when, as a new believer, the eighteen year-old joined the nine-time Grammy Award-winning Blackwood Brothers.

In 2001, after years of primarily being a vocalist, Kenna began penning songs for The Spring Hill Music Group, owned in part by gospel music icon Bill Gaither. Her first single, We’re Not Gonna Bow, was recorded by Jeff and Sheri Easter and became a #1 hit, giving Kenna her first Dove Award nomination. Within four years, she was voted the SGM Songwriter of the Year.

In 2007, Kenna signed with Word Entertainment/Warner Brothers — broadening her catalog of songs that include praise and worship, gospel, inspirational, adult contemporary, country, and choral — and in 2009, garnered her second Dove Award nomination for the song, Big Mighty God. Soon after, the Liberty graduate and certified counselor released her first book, Finding the Good and Seeing His Glory, which explores the sufficiency of God’s grace in adversity.

The following year, Kenna won her first Diamond Award for Song of the Year, and in 2011 went on to receive honors at the AGM Awards for Songwriter of the Year. Kenna has also released a musical, distributed by LifeWay, entitled Love Won.

Currently, West writes for Word Publishing and keeps cranking out the cuts and hits.  She found success with artists including Finding Favour ("Say Amen"), Jeff & Sheri Easter, The Talleys, Legacy 5, Micheal English, Karen Peck and New River, The Talley Trio, The Martins, Brian Free and Assurance, and many, many more.

So, yes, YOU want to hang out with Kenna West and get her advice on the music business.

HERE'S HOW TO JOIN THE EVENT.

After you reserve your spot by joining Frettie or purchasing a ticket, you'll receive an email with more details.  But the basics are this:  a day or two before the event, I'll email you a special invitation link.  You will use that link to join the video-conference, which will be hosted on the Zoom platform.  Zoom is simple to use, and it's free.  You can find out more at Zoom.us.  It's easy.

"KNOW THE ROW" IS FREE FOR FRETTIE MEMBERS!

If you subscribe to Frettie.com, you will automatically receive the invitation link a day or two before the event.  If you miss it, you will still be able to watch the replay in the Frettie video archives.

If you are NOT a Frettie subscriber- join today!  It's only $5/month to subscribe.  I host "Know The Row" at least once per quarter.  At $40 per quarter, that's $160 per year.  A year's worth of Frettie membership is only $60.  That's a $100 savings!  PLUS, you gain access to all the Frettie video archives, which contain replays of each "Know The Row" event (past events include hit songwriters Byron Hill, Jimmy Yeary, artist/writer Aaron Goodvin, music publisher Scot Sherrod and more) along with a ton of other great, helpful videos.  And that doesn't even cover all the great benefits of Frettie membership.

However, if you aren't ready to enjoy all the membership benefits of Frettie, I've made a few outside tickets available.

LEARN MORE AND JOIN FRETTIE TODAY WITH A CLICK HERE.

Don't miss your chance to connect to the music industry.  Reserve your spot in "Know The Row" today!