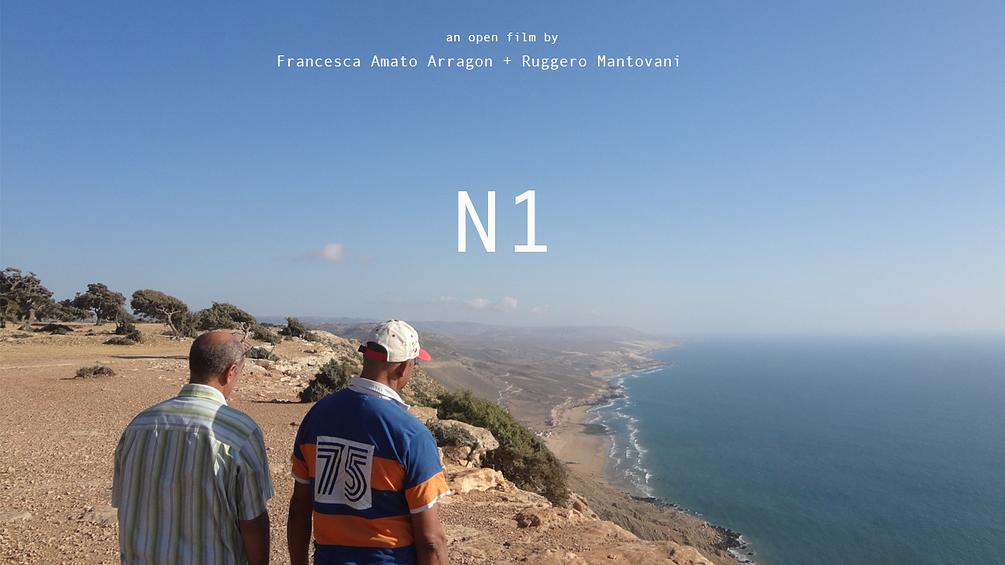 An emotional archive about unconventional memories of tourism in Morocco. N1 is the first film based on it.

N1 is a travelogue that began in 2008 and never ended, it is a psycho-geological stratification of places and people, linked together by an emotional relationship with the territory and by a certain sense of strangeness. It is a work of art, organic, because it changes with each new journey. In October 2019 we brought N1 physically, by land, from Italy to Morocco as a geographical destination action and as an act of restitution, showing the film and with the intention of delivering it to those who were part of it. N1 is the first asphalted national road in Morocco in the 1920s and it is this road that somehow connects our stories. N1 is also our first feature film.

A film made by Francesca Amato Arragon and Ruggero Mantovani, during the period 2008-2019. Shooted along ten years and screened in 2019 in Brescia, Milan, Barcelona, Tangier, Marrakech, Taroudant.