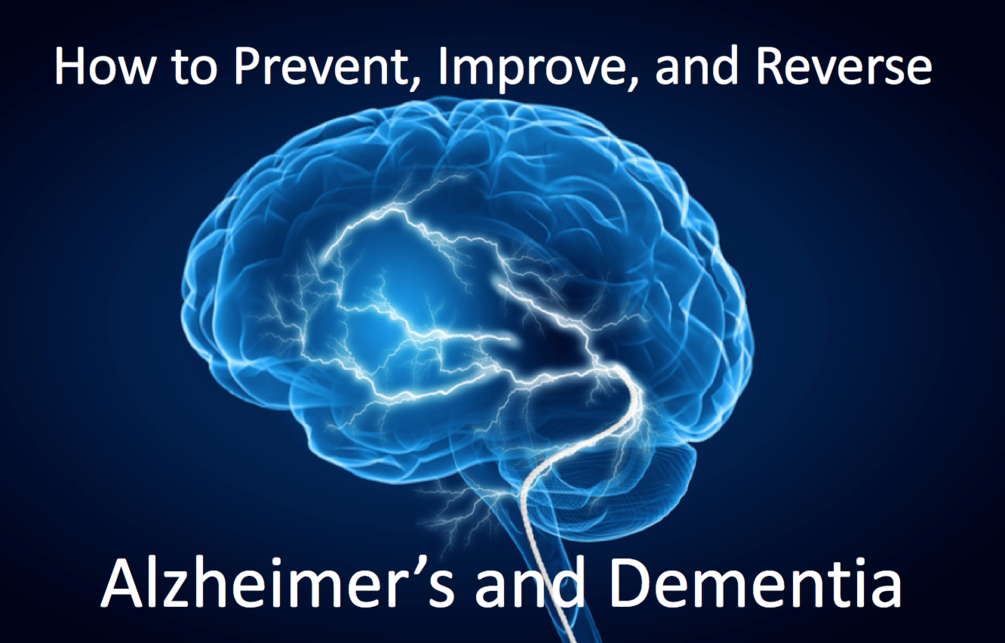 How to Prevent, Improve, and Reverse Alzheimer’s and Dementia PDF

This summary provides 24 interventions you can do to prevent, improve, or even reverse Alzheimer's and dementia. This is a synopsis of the June 2016 study, “Reversal of cognitive decline in Alzheimer’s disease” by Dale E. Bredesen.

June 2016 results: all ten patients had improved memory and cognition.

Examples: A patient had well-documented Alzheimer’s disease, with an ApoE4-positive genotype. After 22 months on the program his neuropsychological testing, California Verbal Learning Test, improved from the 3rd percentile to the 84th. He had been in the process of closing his business, but was reinvigorated and instead expanded his business.

Another patient’s cognitive evaluation improved from the 35th percentile to the 98th.

A third patient’s cognitive assessment increased from the 16th percentile to the 73rd.

A fourth patient’s composite memory score increased from 32nd percentile to 61st after being on the protocol for four months.

Conclusion: This study “suggests that memory loss in patients with subjective cognitive impairment, mild cognitive impairment, and at least the early phase of Alzheimer’s disease, may be reversed, and improvement sustained, with the therapeutic program described here.” This is the first reporting of improvement and reversal of Alzheimer’s Disease in the scientific world.

Summer 2016: Dale E. Bredesen has subsequently duplicated the study with 100 patients and all are seeing improvements of cognition and memory.

Now there is finally hope.