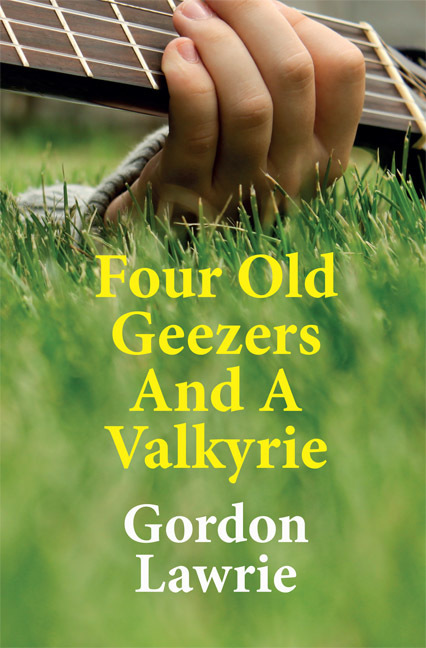 Four Old Geezers And A Valkyrie by Gordon Lawrie (epub)

Four Old Geezers And A Valkyrie is set in modern-day Edinburgh and tells the story of Brian, aka 'Captain', a recently-retired, disillusioned depute head teacher who has split acrimoniously with his ex-wife, known for a wild temper and throwing things at him. In his rush to get free of her, he has mistakenly agreed to give her half of his newly-acquired pension, seriously threatening his precarious finances.

But a chance meeting with his best man encourages Captain to dig out his forty-year-old guitar and leads to a series of hilarious jam sessions in a back garden in Merchiston during which they record a couple of Captain's own songs.

Posted on YouTube, they prove to be surprise hits, propelling the four 'musicians' and their lawyer into a series of encounters with a tiny manager, a boy-band and a female Polish dancer, a cigar-puffing earl and a famous rock band.

This version is suitable for most ereaders APART FROM Kindle. (Download the .mobi version for Kindle.)