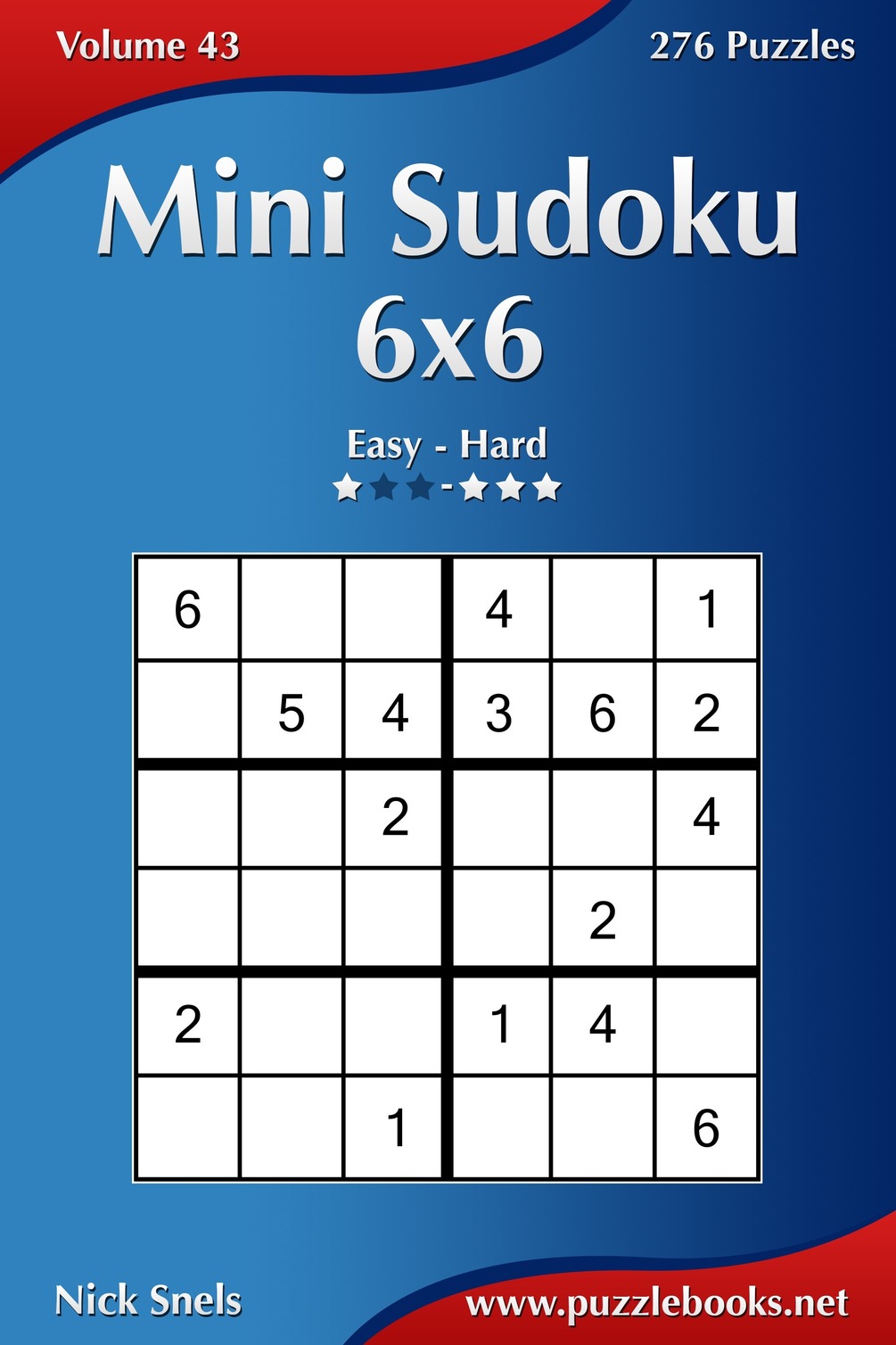 The goal of Mini Sudoku is to fill in the empty cells, one number in each, so that each column, row, and region contains the numbers 1-6 exactly once.

I guarantee that every logic puzzle in this Sudoku puzzle book has been carefully checked to ensure that each puzzle has only 1 solution.