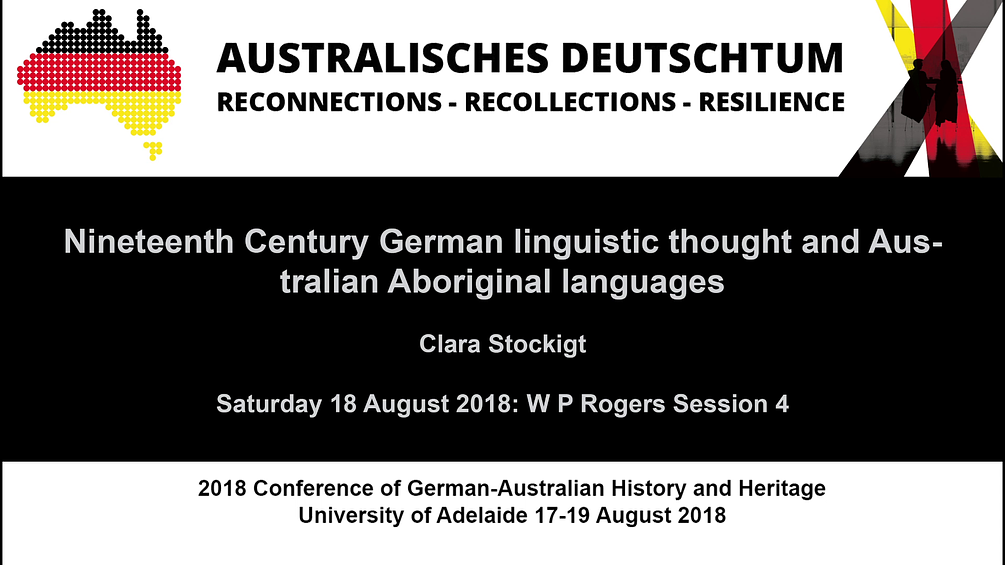 A substantial proportion of what is discoverable about the structure of the hundreds of Aboriginal languages that were spoken on the vast Australian continent before their post-colonial demise is contained in nineteenth century grammars written by missionaries who had been trained in Germany and who spoke German as their first language. Lutheran missionaries were especially prolific, describing the grammatical structure of Kaurna, Ramindjeri, Barngarla, Diyari, Wangkangurru, Yandrruwandha, Arrernte and Guugu-Yimidhirr between 1840 and 1899. This paper evaluates the German missionaries’ contribution to our understanding of Australia’s precolonial linguistic landscape, and considers the particular intellectual milieu in which German-speaking missionaries operated during this pre-academic era of Australian language description. The connections established between German missionaries in Australia and philologists and ethnographers in Germany were the major pathway along which understandings about Australian Aboriginal languages developed. The empirical, non-classificatory and synchronic grammatical research produced by German missionaries in Australia informed a body of historical and classificatory literature which was overwhelmingly produced outside the country, largely by German-speaking philologists. The primary sources produced by German missionaries in Australia, describing individual languages, provided fodder for the philological study of ‘Language’ made in Germany.

Dr Clara Stockigt is a linguist at the Mobile Language Team at the University of Adelaide. She has written extensively on Australian Aboriginal languages and the early interactions with German missionaries.