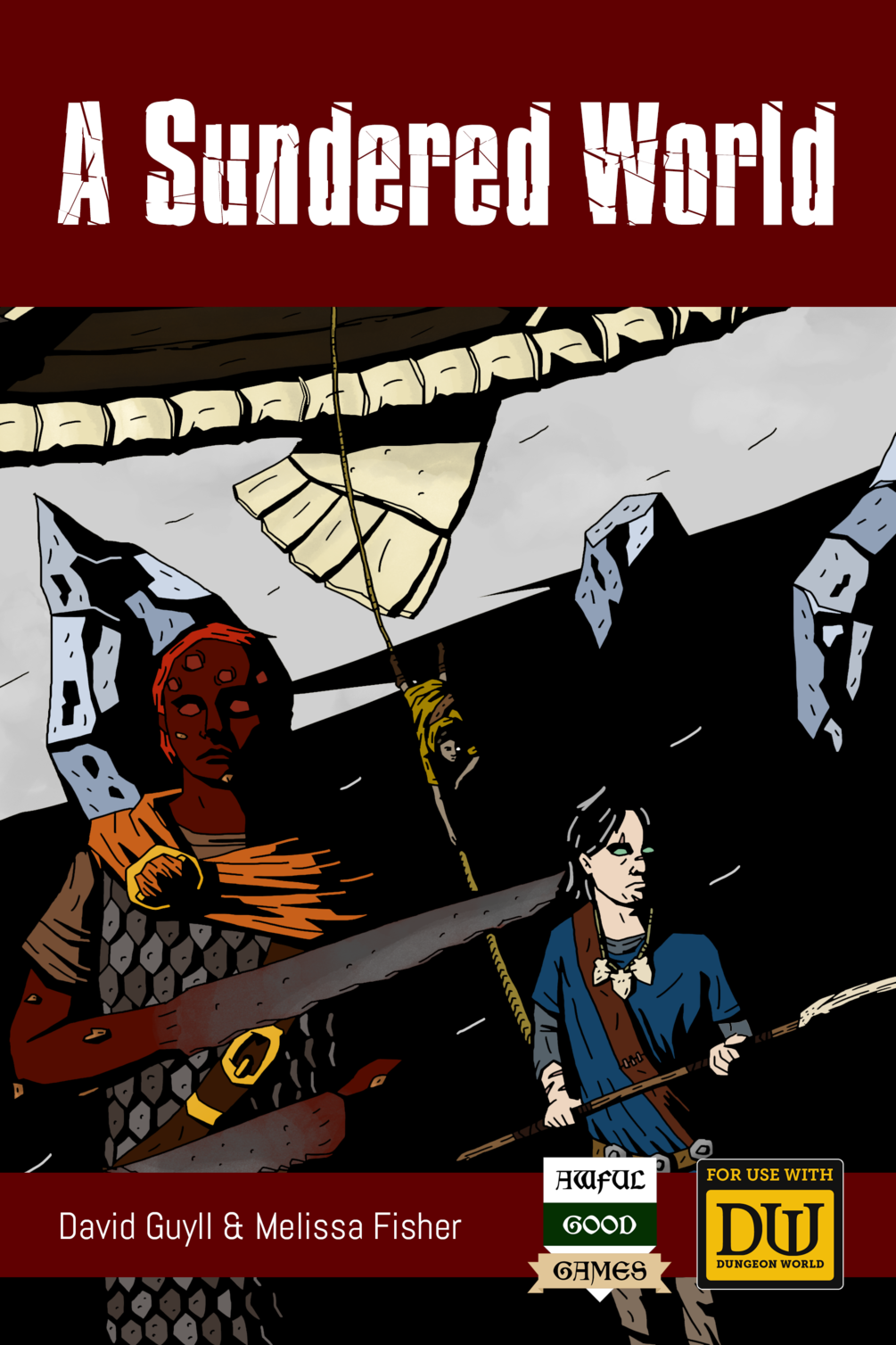 A Sundered World is a fantastic, kind of gonzo campaign setting for Dungeon World. It takes place in the shattered remnants of the worlds, which were ravaged during a cosmic war between the gods and primordials (which wiped them all out in the process). It includes:

Ten races, each with their own race moves, to better allow you to determine how much your race affects you (and serve as a foundation in case you want to flesh out an entire racial class). There's also guidelines and suggestions for using them in "default" Dungeon World games.

Buying the pdf gets you both the black and white and color versions. Each class gets their own character sheet, and there's even a blank, generic character sheet, which might be useful for characters pile on the race moves and/or end up going into one of the many compendium classes available.

The setting has undergone extensive playtesting: you can read up on session reports here: http://bit.ly/1PTZ7We

Delos Adamski, of the blog Ramblings of Jacob and Delos, has put up the first part of a kind of broad strokes review of the book: http://bit.ly/2aknpZi