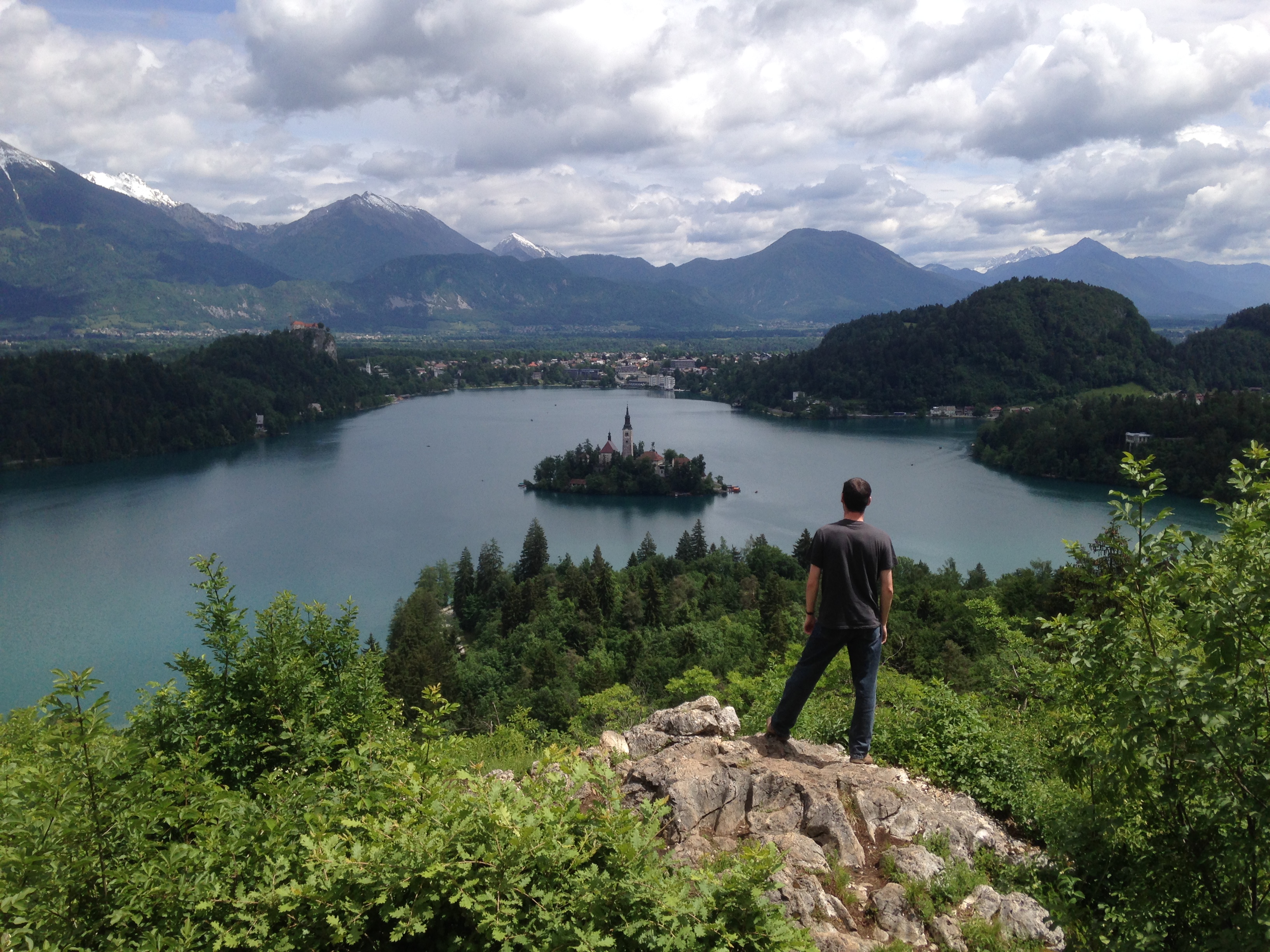 was crucified, died and was buried;

he descended into hell;

Black is symbolic of death and mourning, and the deep red is symbolic not only of the blood of sacrifice but is often associated with the sacred heart of Jesus. The Roman building on the left represents Pontius Pilate, with the tomb on the right. I wrestled with how to visually portray Jesus descending into hell. Typically hell is cavernous in art, and so I chose to use a red cavern below the cross to depict hell. The blood from Jesus’ sacrifice trickles down into the cavern, depicting Jesus descent into hell, and ultimately his “harrowing of hell” as the Eastern Church describe it – which ties in with the next poster on the ascension, below.