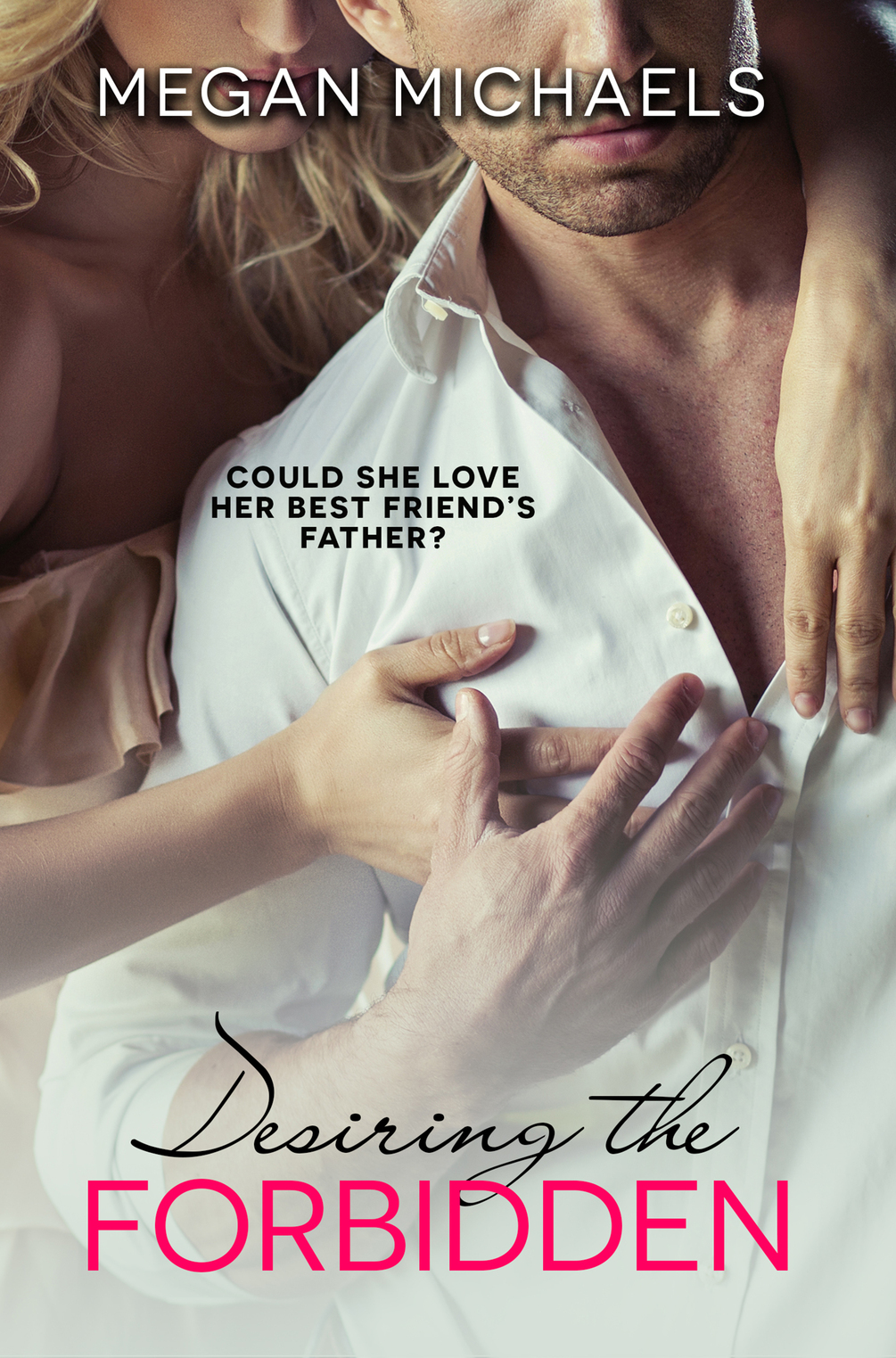 What’s a woman to do when the only thing she really needs is the one person she can never have?

All Sunni Weaver wanted was a decent job, close friends, and a man who’d fulfill her dark, twisted desires. But her sex life was dead and buried, her social life in the deep freeze. At least she had the job part down though. One out of three wasn’t bad. Right?

Just when it seemed that was all life had to offer a smart, strong woman from a small town in Wyoming, fate decided to throw her a curveball. For into her world marched a maddening, irresistible, and devastatingly sexy specimen of masculine perfection. A strict father figure, a fierce lover, the one who’d never let her go. The dream man from her deepest, most fevered of fantasies.

So, why did he have to be her friend’s father?

Cade Johnson couldn’t believe his eyes the moment they’d fixed upon the long blonde hair, curves enough to stop a man’s heart, and the sharp eyes of a woman every bit as smart as she was beautiful. Resigned to living out the rest of his days as a bachelor, married to his job as a state trooper, and devoted father to one strong-willed daughter, the sight of the female he saw huddling in a chair in his station waiting room had his blood boiling, and his body aching with need.

There was only one problem though: she was twenty years younger than him - and she happened to be his daughter’s childhood friend.

Sunni Weaver may have been the big break his investigation needed, but the very thing that made her valuable was the exact reason her life was in danger. It was up to him to hide her, watch over her, and protect her -- and along the way, show her that submission to his rules and his lusts, bending her will to his own, offered her a freedom she’d never imagined. Whether she was ready for it or not.

A grizzled state trooper and a sassy, defiant young woman two decades his junior was either a match made in heaven -- or one doomed to go down in flames. With her he had a chance to be the man -- and the Daddy Dom -- he’d always been. His brand of loving strictness and firm consequences might be just what the stubborn woman -- and disobedient girl -- needed most in her life. A man who’d love her, and discipline her, and make her his in every way a man could.

Could Cade Johnson be the one who would love the strong, modern woman she was, and cherish the frightened, sweet girl she hid deep inside?

Publisher's Warning: Intended for mature readers. 18 and over only!

Note - This title does not explore deep elements of age play. There are no sippy cups or coloring books, just a sweet woman who calls her lover Daddy.