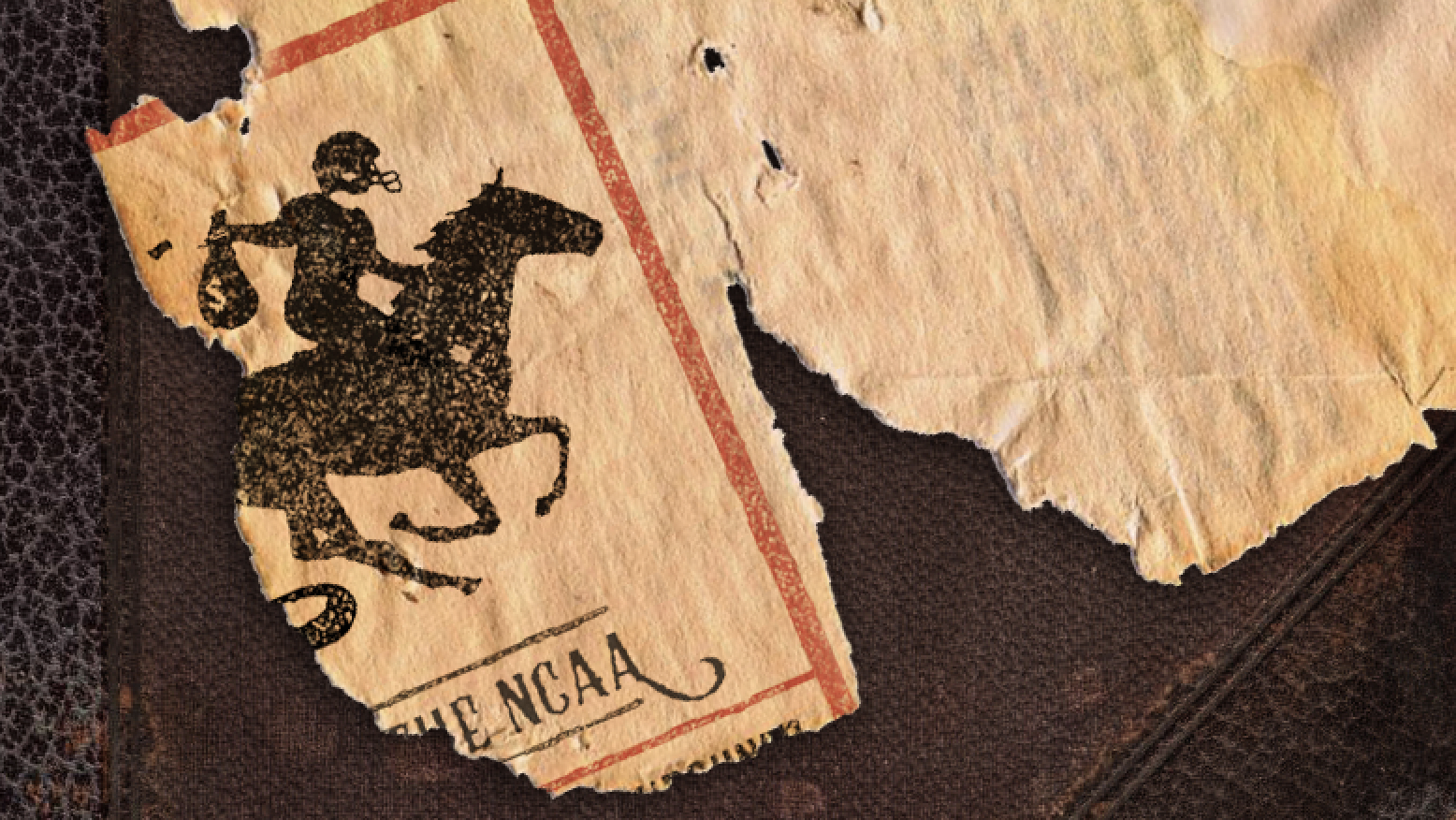 The Sinful Seven: Sci-fi Western Legends of the NCAA

Happy holidays! Between November 1 and December 31, pay whatever you want for this ebook here at Gumroad (99 cents or more), and we'll donate 20% of our proceeds to the NAACP Legal Defense Fund. If you've already purchased (thank you), maybe gift it to a friend!

Nothing explains America better than college football. This illustrated ebook (rough equivalent of a 270-page book) lays out the history of big-money amateurism via fiction and non-fiction at the same damn time.

There is a train. We're gonna try and rob it. Along the way, we'll learn about NC State's stolen Orange Bowl, all the moments that could've resulted in something besides the NCAA, and SMU ponying up 'til the end.

Spencer, Richard, Jason, and Alex have written about college football for years, while Tyson has made a lot of cool art about pretty much every sport.

The Sinful Seven is good, actually

"Come for Spencer with an Old West yarn that’s actually about the NCAA’s Sanity Code. Stay for Richard on Jack Trice." -- Andy Staples

"You should do yourself a favor and check this out." -- Mike Golic Jr.

"Oh you haven't bought The Sinful Seven yet? Do you even like college football?" -- Michael Felder

"I don’t know when I last anticipated a book this much or enjoyed one on this level. College football with cowboys, zombies, witches, and a sci-fi allegory for athlete transfers and schools changing conferences. Seldom do I read something so relevant to society that doesn’t depress me. There’s a lot to love about this project." -- Kevin Fox

"I laughed a lot. I learned a lot, too. The way it weaves real-life history, clever symbolism, and straight-up fiction together is beyond impressive. It’s weird. It’s chaotic. It’s impactful." -- Justin Ferguson

"Purchase The Sinful Seven today or your favorite team will lose to their rival every game for the next decade." -- Harry Lyles Jr.

"There exists space for comedy in tragedy. The one only heightens the effect of the other, and it’s this tension that brings The Sinful Seven home." -- Jim Lohmar

"You all should purchase The Sinful Seven." -- David Hale

"A fun and easy read as both a college football history and an Old West fiction novel." -- Chris Vannini

"Ever get just punched in the mouth by how awesome a book is?" -- The Tailgate Society

Also, Ira Glass and Paul Finebaum have said the name of this book out loud.

Here is Spencer's opening chapter, excerpted by USA Today's For The Win, on the dreaded Sheriff's arrival in La Cademia.

Appreciate it, partner. If you're reading on PDF, we recommend DOWNLOADing it rather than clicking READ (some stuff might be missing).