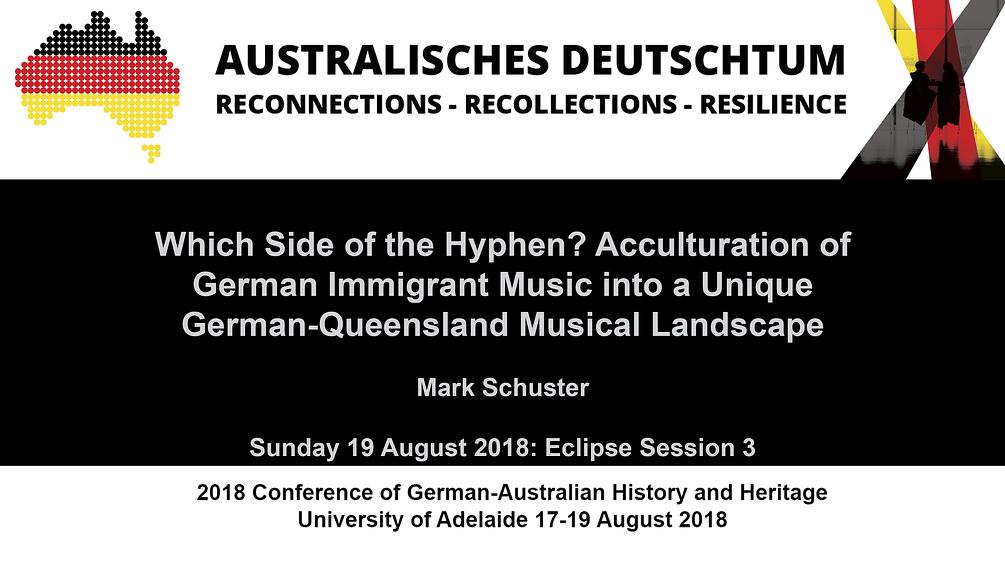 Which Side of the Hyphen? Acculturation of German Immigrant Music into a Unique German-Queensland Musical Landscape

This presentation will focus on the research findings of a long-term study into the acculturation of music and song of the once extensive German-Queensland farming communities. The original music, song and dance repertoires were the extensive ‘cultural baggage’ of the mass migrations from the Germanic regions to southern Queensland from the 1850s to the early 1900s. Folksong, dance, accordion, brass band and zither traditions will be detailed and the geographic ‘songlines’ of these traditions with respect to acculturation, persistence and settlement patterns will be presented.

The question of when and where do these ‘German’ traditions become ‘Australian’, or even ‘German-Queensland’ will be examined in detail.

Mark Schuster has spent over thirty years investigating, recording, documenting and performing the rural German-Queensland folk culture. Much of his time has been spent with the German-Queensland farming community. His knowledge of the customs, folklore and music of these unique German-Queensland enclaves is unrivalled and today he is a custodian and descendant documenting the tail-end of these many traditions before they disappear. He has written self published books, including the 'Singing Farmers', appeared on ABCs Australian Story and has performed at hundreds of functions and festivals. Mark is also a master of that most 'German' of Queensland bush instruments - the squeezebox (button accordion).