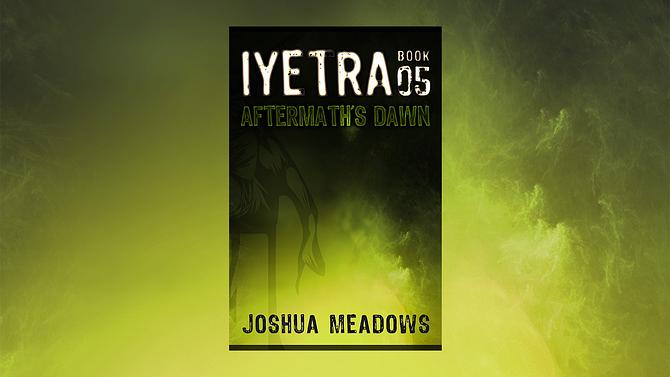 Iyetra is a fractured world of science and magic, demons and cultists, spread out across a cosmos populated by shattered fragments of an ancient planet.

Your purchase includes DRM-free files in your choice of three formats. Open the .zip file to find three directories with your ebook in the following formats:

eBooks can easily be transferred from your computer to e-reader device. For more information check the following links:
http://www.iclarified.com/entry/index.php?enid=8920
http://google.about.com/od/kindlefire/a/How-To-Put-Non-Amazon-Books-On-Your-Kindle-Fire.htm
http://support.diesel-ebooks.com/kb/article/diesel-reader/how-do-i-transfer-books-to-an-android-device-from-my-computer
---
It's been five years since the disappearance of the Matriarch. With the siege of Triyard and the mass evacuation of its citizens, the Consortium has been plunged into chaos and its standing in the Charted Known diminished considerably. This loss has prompted a number of floaters to secede from the ancient alliance and declare themselves the 'Freestates,' a loose confederacy of magic-incapable individuals who seek to challenge the Advent's longstanding supremacy through means both economic and diplomatic. Sabas Yan, an Advent mercenary whose skills are often utilised for thieving instead of warfare, has accepted a job offer from an anonymous client that sends him breaking into one Freestate manufacturing centre. While there, however, he stumbles onto evidence that the fledgling coalition might be involved in designs that are more dire than they've admitted publicly.
Without the Matriarch to vouch for him, Hemeth's position as General of the Consortium's armies has been terminated. The remains of its leadership have been plunged into in-fighting and political posturing as its Senators vie with one another for control of the alliance's remaining territory. Fixated on the disappearance of Tela, Hemeth has spent much of the time since her fight with the Harbinger focusing on ways to recover Triyard and with it the nexusgate that could send him back to her last location. Intent on rescuing her, Hemeth embarks on an experiment that may lead to a means of ridding Triyard of the creatures that have surrounded it.
Iyetra - Book 05: Aftermath's Dawn is the fifth episode in the Iyetra novella series.
For more information about Iyetra visit iyetra.com