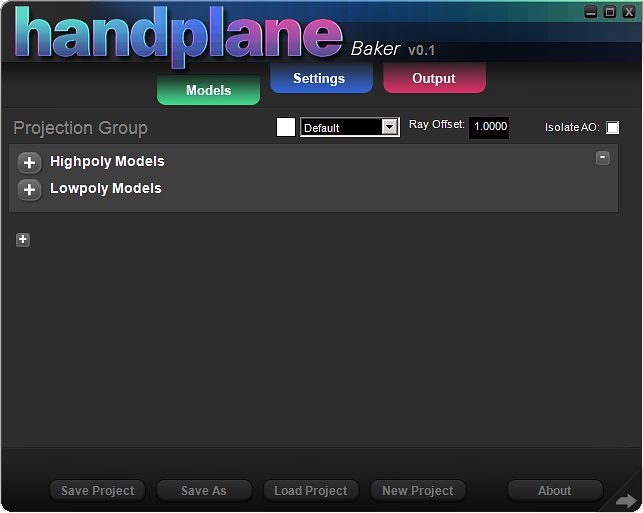 Handplane is now a full baking tool. Check out our website at www.handplane3d.com

*Handplane now displays the name of the current project file

*Added logic to protect users from losing unsaved changes to the current project.

*Users can now drag and drop a project file to load it.

*Pressing the bake button while in progress now cancels the bake

*Fixed PNG not writing correctly for some users

*Set default back ray distance to 5

*Included our old tangent space calculator, handplane 1.6 in the installer

*Added notification for bake failures when models are missing texture coordinates, normals, or other critical info.

*Fixes FBX issues some users were having

*Warns users if they are baking without an output folder set.

Grab a new download from gumroad and run the installer to update.

Also, please post bugs and feeback in our polycount thread so we can make the tool better:

Occasionally I see users download or sign up with fake@fake.com or something along those lines. We won't spam you or send you promotions. On average we have sent 3-5 emails per year. Also, starting in 2017 we will be ending our mailchimp list and relying on gumroad to send out update information. Between now and January 2017, it may be possible for you to receive an email twice if you are on both lists.

View in Library
Sorry, this item is not available in your location.
Sold out, please go back and pick another option.
73
4.9