When it comes to mobile music players for your Android phone, you're not hurting for options. Google Play Music offers traditional functionality and cloud streaming, and it's right there on your phone. But if you're looking for something more, you can turn to third-party apps even one from Apple! for greater customization, sound control and variety. 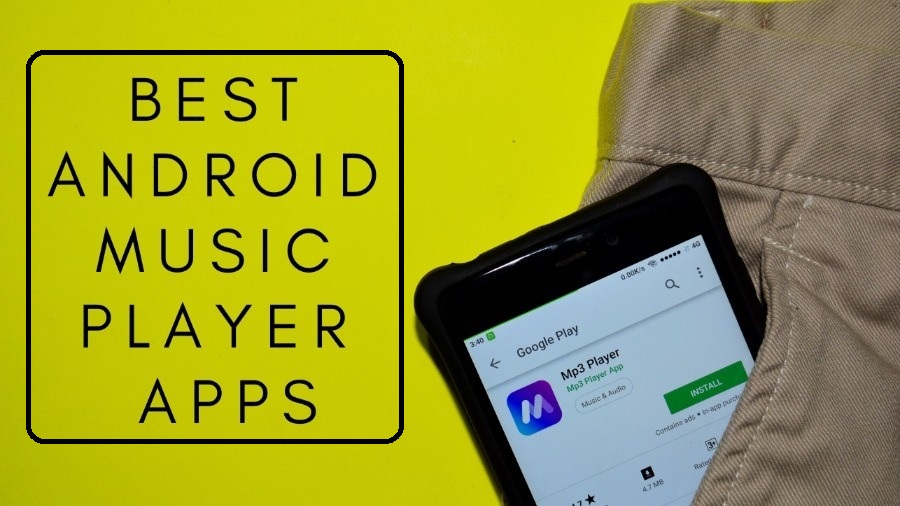 Whether you're a casual listener or have thousands of songs to organize, here are our picks for the best music players on Android. (Image Credit: Shutterstock)

Let's start with the default choice, just because you may have overlooked it. That would be a mistake: Google Play Music offers a number of perks that ought to make you give it a whirl. Google makes a pretty clever upload manager that lets you add up to 50,000 songs from iTunes or any other program where you’re currently storing your music. And if you subscribe to the $9.99-a-month premium service, you get access to the entire Google Play catalogue along with YouTube Red.

This grants you ad-free viewing of nearly all videos on the service and access to programming developed specifically for YouTube Red subscribers. And even if you don't shoot for the cloud and streaming services, it still does a good job of playing music in your device storage, though with less frills than other players.

In addition to offering Google Play Music, Google's YouTube Music now offers audio streaming in addition to its previous focus on video content, with access to more than 30 million music videos. You can search for artists, videos and albums to automatically generate a non-stop station, with personalized stations learning from your preferences. If you're already paying $9.99 a month for Google Play Music, be aware that you get the premium version of YouTube Music included with your subscription.

Apple Music isn't just for iOS anymore. And even the most ardent Android fan would have to concede Apple's streaming service is pretty good. You get access to Beats One, your music playlists, and Apple’s catalogue of 30 million songs.

This option is most likely going to appeal to those who generally stick close to Apple’s ecosystem, but it's nice to have the ability to throw an Android phone into the mix. Apple Music subscriptions cost $9.99 a month, but you can enjoy a three-month trial at the start. (And if you happen to sign up for an unlimited data plan through Verizon, you currently can get six months of Apple Music for free.)

The king of streaming music keeps getting better. Spotify now has plans that are comparable to other services — a premium account costs $10 a month, and a family account covering six people runs $15 a month.

The streaming music space is highly competitive, but Spotify distinguishes itself through the impressive amount of curated playlists and suggestions for helping you power through the work day or rock the late night party.

Poweramp is a feature-filled Android player available free for a 15-day trial, with a $4.99 upgrade to the full version. The app includes support for a wide variety of audio formats, a 10-band graphic equalizer, support for lyrics, .cue files and numerous playlist formats.

A tag editor, fast library searching, home and lock screen widgets and numerous visual and setting customizations make Poweramp a heck of a choice if you're willing to shell out for a nice Android music player app.

n7player Music Player has a unique interface that displays your music in a word cloud-style, sorted by artist or by genre. A pinch-to-zoom control schemelets you then zoom in to a particular album or artist that you’re looking for, switching from the word cloud to a spread of album art tiles.

You can also set the library view to filter folders or albums, or display things in an old-school folder view. Interface gimmicks aside, n7 also gives you some solid playback options including a 10-band equalizer, smart playlists, device streaming, and more, though some of these are gated behind a premium unlock.

Musicolet is an ad-free music player that eschews syncing and fancy cloud features in favor of delivering offline functionality and a boatload of features for playing your local music files.

Musicolet supports a variety of music formats, and includes a nice multi-queue manager for queuing up multiple albums or playlists, a tag editor, embedded lyrics support, a sleep timer and widgets. You won't find a ton of cosmetic customizations here, as Musicolet is all about functionality rather than style.

The lesser-known BlackPlayer is a slick, minimalist app with a clean, configurable interface that packs decent features under the hood. Swipe controls let you easily navigate the library's various views (track, album, artist, genre) as well as playback.

Vertical swipes to bring you to next or previous tracks. On the audio end, BlackPlayer includes a 5 band equalizer, as well as a variety of audio effects such as a bass booster and virtualizer, and gapless playback and crossfade on devices that support it. BlackPlayer also comes with three widgets, an ID3 tag editor, and support for FLAC and embedded lyrics.

Phonograph is a sleek-looking Android music player that hews closely to the flat and bright look of Material design and provides users with a clean-looking user experience that hides features like tag editing and playlist management behind contextual menus.

The result is a very clutter-free interface (complete with colors that can automatically change to match the album art), though you might need to make an extra tap or two to get to features like the sleep timer or equalizer.

Pixel Music Player combines local music playback as well as online radio and podcasts into a single convenient package. The free app gives you the option to navigate your music files through a library format, or by a more traditional folder explorer view.

Pixel Music Player comes with a five-band graphic equalizer, video player, and Material Design themes that keep things bright (with Black and Grey options). On the organizational front, you can have the app download album art and lyrics, as well as manually edit your music’s metadata from within Pixel Music Player. You’ll also find a control widget as well as lockscreen and notification playback controls.

Pi Music Player comes with an interesting grab bag of unusual features, including support for YouTube videos (and a floating YouTube player while you navigate other apps), podcasts, a ringtone cutter, and Pi Powershare for sharing music directly to your friends and contacts.